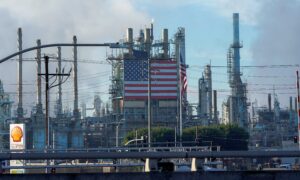 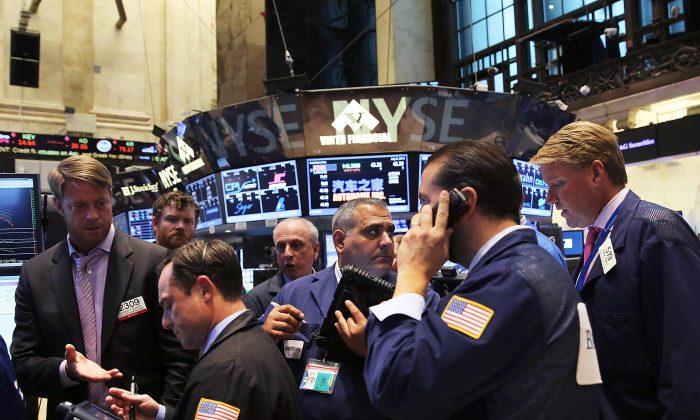 Traders work on the floor of the New York Stock Exchange (NYSE) after trading was paused for nearly four hours on July 8 in New York City. A prominent member of the hacker collective Anonymous says the Chinese regime is likely behind the outage. (Spencer Platt/Getty Images)
Business

The New York Stock Exchange (NYSE) was taken offline on Wednesday at 11:32 a.m. due to an alleged glitch in its networks. While officials said a cyberattack is not suspected, many in the cybersecurity community said they’d need more evidence to be able to fully write off foul play.

Among the skeptics is the hacker collective Anonymous. A prominent member of the group, who goes by the moniker “Strudalz,” said attacks such as this “are becoming more and more frequent, and when there’s even the tiniest of gap for information disclosure, these serious issues for the most part come back to China.”

NYSE announced through Twitter that a cyberattack is not suspected, and CNN reported “based what’s known now, it’s highly unlikely to be the result of a coordinated cyberattack.”

Members of the cybersecurity and hacker community, however, said otherwise. The current statements only rule out basic attacks—not the complex advanced persistent threat (APT) or zero day attacks often used by state actors.

Eric Devansky, director of global security services for TruShield Security, also noted in a phone interview that it would be nearly impossible for NYSE to have done the proper digital forensics in the time it took for them to rule out a cyberattack.

“That kind of analysis takes weeks or even months to find the cause of,” Devansky said.

Strudalz said, during an interview via Twitter, that “one could only imagine what isn’t being said” publicly by the NYSE and security officials.

It is open knowledge, Strudalz said, “that the Chinese have conducted themselves in an unruly manner on their own markets and currency,” referring to their use of currency manipulation and fiddling with numbers.

He noted there’s a pattern of Chinese cyberattacks on U.S. government and business networks that suggests something larger is at play.