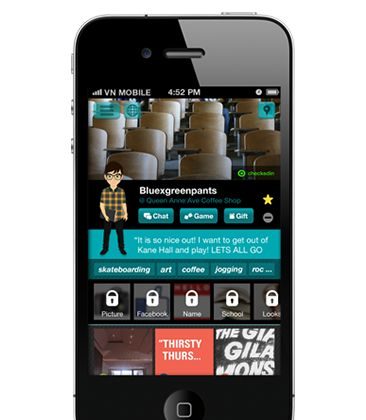 Anomo app, a social media platform that allows users to interact anonymously through avatars, while connecting with locals who have similar interests. (Screenshot/Anomo.com)
Social Media

Anomo is a social media app that allows users to interact anonymously through avatars, while connecting with locals who have similar interests.

Anomo is a new social discovery app with two unique features: it places particular emphasis on protecting privacy, and it connects users who have similar interests.

It started off as a location-based dating app for android and iPhone users. Later, its co-founder, James Sun, discovered Anomo’s potential for wider appeal.

It can work well for people who are shy, or who simply prefer to maintain their anonymity. With Anomo, users can create an avatar to mask their true identities after filling out a short profile. All of the users’ personal information is locked by default, giving users the freedom to decide when to reveal their true identities and to whom.

While using social apps, some people dislike “checking in” due to security concerns. Checking in is a process by which a user shows that he or she is in a certain geographic location. It is the location-based aspect of the social media platform.

With Anomo, the user’s identity is masked, so checking in is not so problematic for people wishing to maintain privacy.

Once a user profile is ready, he or she participates in a simple survey. Based on the answers, Anomo tries to match the user with users of a similar age, similar interests, or who live in the same area. The app essentially allows people to make friends online and perhaps form lasting bonds of friendship offline as well. It can be good for people who are shy, because the anonymity is only removed when the user is ready to open up to someone.

The vast majority of users are teenagers, reported the Huntington News.

Speaking to Kristin Pryor of the National Edition last month, Sun said: “We are now experiencing a 500 percent month over month growth in usage. …Our users are opening up the app 18.3 times per day. That is better than Facebook.”

“Love it. I use this more than I get on Facebook. I met my best friend on this app.”

“It won’t let me download. It gives me the error ‘invalid package’ so I cannot download. I’d love to try it once you fix this!”