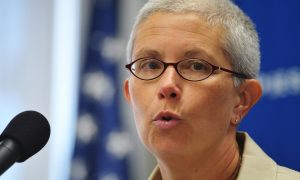 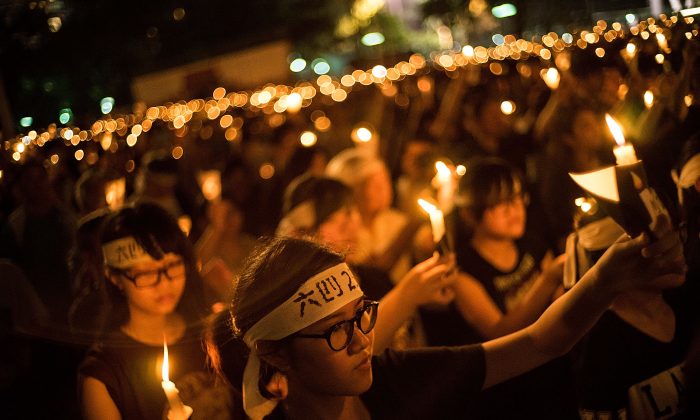 People take part in a candlelight vigil on the 25th anniversary of the Tiananmen Square protests during heavy rain on June 4, 2014 in Hong Kong. (Lam Yik Fei/Getty Images)
China

If China’s communist regime has any intention of reform, its recent record, despite the official hype surrounding its anti-corruption campaign, certainly isn’t showing it.

Chinese activists campaigning for democracy and human rights faced intensified repression by communist authorities in 2014—including torture and illegal detention, according to an annual report released by an international human rights organization on March 16.

The number of arbitrary detention of activists in 2014 was nearly equal to that of the previous two years combined, as reflecting in data collected by the rights group. Over 200 activists were reported to have been arrested during the 25th anniversary of the Tiananmen Massacre or for supporting the pro-democracy movement in Hong Kong that played out in the fall.

Neither was 2014 a good time for Chinese lawyers, who were detained in greater numbers than in any year since 2000, according to the CHRD report. Last year, lawyers met with increased interference in their work and in some cases violence. At least 9 were detained illegal, the report said.

Adherents of the spiritual group Falun Gong, persecuted by the Chinese Communist Party since 1999, continued to suffer state repression in 2014.

Last March, authorities in northeast China’s Heilongjiang Province detained and tortured four lawyers who were representing Falun Gong practitioners held in the city of Jiansanjiang. The lawyers suffered 20 broken ribs between them and had to be hospitalized upon release on account of the injuries sustained.

Suppression of ethnic minorities such as the Uyghurs and Tibetans intensified in 2014 under the guise of “counter-terror” operations. In September, the Uyghur scholar and economics professor Ilham Tohti, known as a moderate in his advocacy for minority rights, was sentenced to life in prison.

“In releasing this report, we urge the UN Human Rights Council, which is meeting in Geneva this month, to investigate the Chinese government’s systematic and gross violations of human rights under Xi Jinping’s leadership,” said Victor Clemens, research coordinator at CHRD.