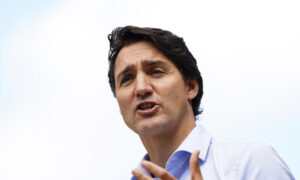 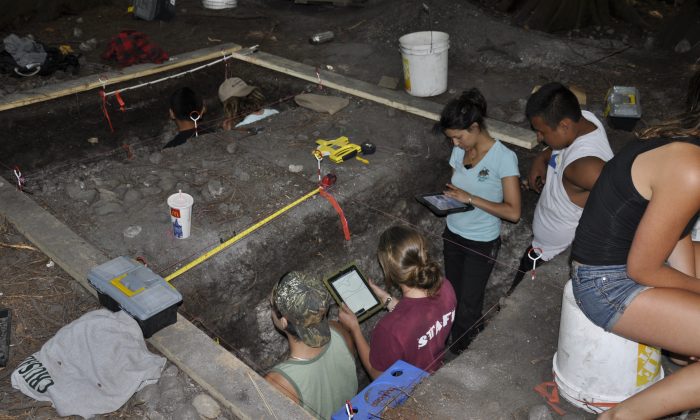 Students look for guidance from iPads while searching for artifacts from a 5,000-year-old fishing village once occupied by the ancestors of today's Sechelt First Nation. (Courtesy Shíshálh Archaeological Research Project)
Canada

Archeologists and students have begun their annual search for ancient artifacts on B.C.’s Sunshine Coast, digging out the remains of a 5,000-year-old fishing village once occupied by the ancestors of today’s Shíshálh (Sechelt) First Nation.

The Shíshálh Archaeological Research Project, a collaboration between the Canadian Museum of Civilization, the University of Toronto, and the Shíshálh Nation, began in 2009 and aims to gather further knowledge about the long-term use of Shíshálh lands, while exploring the lives of this First Nation that once inhabited the inlets of the northern Salish Sea.

The project also hopes to increase awareness of Shíshálh history and introduce Shíshálh youth to potential careers in the social sciences. As the excavation site is near the town of Sechelt, it is easily accessible to First Nation students, who participate in the dig each year along with university students from Ontario and B.C.

“Working in partnership with the Canadian Museum of Civilization and the University of Toronto, we have seen many benefits in our community,” said Sechelt chief Garry Feschuk.

“One benefit has been to have our students immerse themselves in our history and learn about an important academic pursuit. We are very pleased with the work that has been conducted and excited about the future.”

The site has produced many precious treasures in the few years since excavation began. One of the most well-known discoveries occurred in 2010 when 350,000 stone beads were unearthed from the gravesite of an ancient Shíshálh chief. The unprecedented find solidified the archaeological site as one of the most significant in the province.

“When these archaeologists unearth a stone weight from an ancient fishing-net or a treasure trove of decorative beads in an ancestral chief’s burial site, it represents a tangible connection between us and the peoples of the distant past,” said Dean Oliver, director of research at the Canadian Museum of Civilization.

“These discoveries are especially poignant for the people of the Shíshálh First Nation, whose ancestors’ hands shaped the artifacts that we find today along this coastline.”

Researchers say most of the artifacts discovered so far this year are tied to food harvesting and fishing, such as bone points, awls, and knives, which has provided insight into ancient fish processing practices.