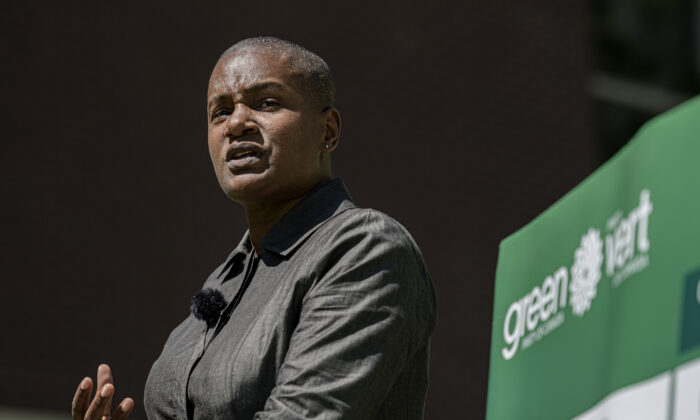 Green Party Leader Annamie Paul launches her election campaign at a press conference in the riding of Toronto Centre, on Aug. 15, 2021. (The Canadian Press/Christopher Katsarov)
Canada

Annamie Paul Stepping Down as Leader of Federal Green Party

TORONTO—Annamie Paul is stepping down as leader of the Green Party of Canada.

Paul announced her resignation in Toronto this morning, a week after the federal election that saw her party’s share of the popular vote drop significantly.

Paul came in fourth in Toronto Centre, her third failed attempt to win the riding.

The party elected two candidates, including its first in Ontario—the same number of seats it held before the election.

The Greens also drew 2.3 percent of the popular vote, less than half the 6.55 percent they received in the previous election.

Paul overcame a bid to oust her as leader just weeks before the election, and faced an automatic leadership review following the ballot.