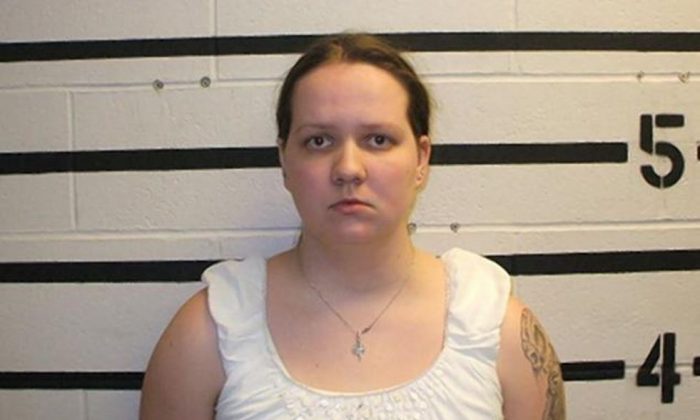 Ohio Police say that a woman was charged with scalding a 4-year-old boy to death with 135-degree water.

Anna Ritchie, the stepmother, placed the boy in scalding water and held him there for at least 20 minutes, Cincinnati.com reported. The average temperature for an adult’s shower is usually about 105 degrees F.

Just to be in that tub for a minute or two would have to be the most excruciating pain you could go through.
— David Fornshell, prosecutor, Warren County

“Just to be in that tub for a minute or two would have to be the most excruciating pain you could go through,” Warren County Prosecutor David Fornshell told the site.

Ritchie, 25, was indicted on six felony charges in connection with Austin Cooper’s death, including two counts of murder. She was initially charged with child endangerment.

Following the bath, Austin was bleeding and his skin was falling off. However, Ritchie put pajamas on him and sent him to bed. His father didn’t check on him until the next day, but when he found him on March 16, Austin had died.

I can’t think of any scenario … where you would do that to a child.
— David Fornshell, prosecutor, Warren County

Prosecutor David Fornshell told WKRC-TV that it would have taken just four seconds to scald the child in the water.

The boy died of shock from fluid and blood loss due to his burns. However, Fornshell told the Dayton Daily News that the boy had a 95 percent chance of survival if he got immediate treatment.

“I can’t think of any scenario … where you would do that to a child,” Fornshell added.

She added: “Anna Ritchie is pure evil. She should never be allowed to walk the streets again. … I want her to get the death penalty. She took my baby? I want her.”

She allegedly considered the scalding bath as a form of punishment. Reports say that an investigator in Franklin, Ohio, where the family resided, said Ritiche could hear the boy crying throughout the night, but she ignored him and told his father not to check on him.

If Ritchie is convicted, she faces 15 years to life in prison.

It is unclear if Austin’s father will be charged. Fornshell said that his father likely knew of previous rough treatment.