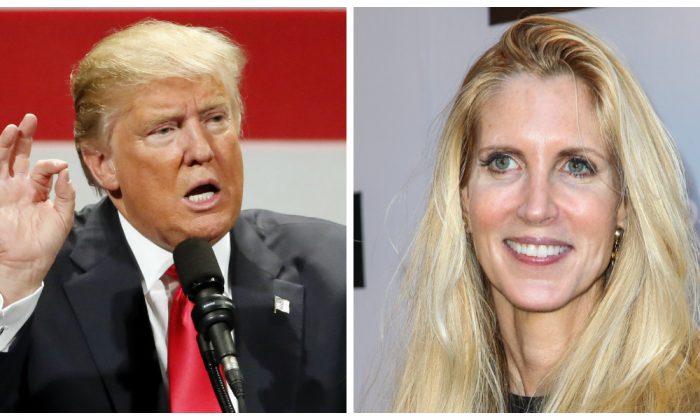 Charlie Sykes, a conservative commentator, also appeared on the network and slammed Trump for pivoting on abortion as well as his plans to stem the flow of immigrants from around the world, but especially from Mexico.

Coulter was asked to respond to the comments, and she defended Trump.

“If Donald Trump was running for state legislature in the year 2060 after Roe v. Wade was overturned and happens to be in a place that will pass those laws, that’s a relevant question,” Coulter said.

“I think I’d be a lot more upset that women are going to get a lot more abortions if we don’t close our border with Mexico and bring in all of Latin American rape culture.”

“I also think this ‘woman thing,'” she said in reference to the fact that Trump is being attacked on statements he has made about women’s appearances, “it’s coming from the media. It’s [not] as if he’s saying all these horrible things about women. He sent out one re-tweet about one woman—his opponent’s wife, but only after his wife was attacked by that opponent.”

Video: Melania Trump Has Twitter Advice for Her Husband

She added that the idea “gets repeated so much, and women can be very suggestible and following of trends.”