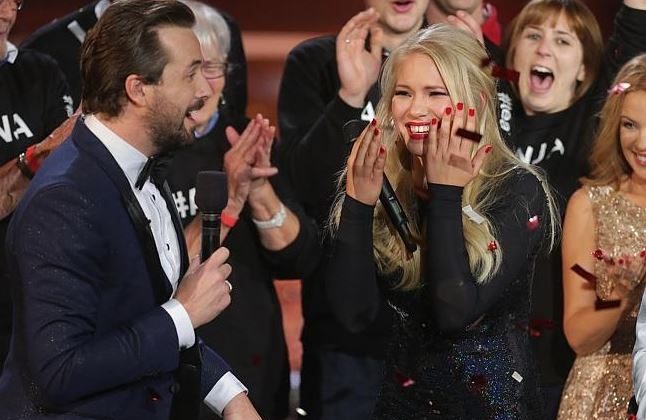 The high school graduate has been singing for a while now, making the semifinals of Australia’s Got Talent at age 12.

“She has enjoyed a string of televised appearances as a featured vocalist including Kerri-Ann and Schools Spectacular, and notes singing the Danish national anthem in the company of Princess Mary of Denmark as a personal highlight,” according to her bio.

“Anja found her voice at a young age on her parent’s rural property where she could sing at the top of her lungs. Here she also discovered a love for animals, nature and motorbike riding. Despite her age, she is often mistaken for more mature artists from whom she takes inspiration such as Patti Labelle, Aretha Franklin, Celine Dion and Mariah Carey.”

Nissen gets part of her dream as coach will.i.am inked her to his record label.

“I cannot believe that I am the winner of The Voice 2014. It feels like I have been preparing for this for a long time,” she told News AU.

“I started singing when I was six and always dreamt about my career kicking off, but I never thought it would happen early, and The Voice has given me an outlet to do that.”

“Getting to work with will.i.am — he has taught me so much and pushed me beyond my boundaries, which I really needed,” she added.

She described the journey as “the most amazing experience” of her life and said: “This is what I was born to do.”