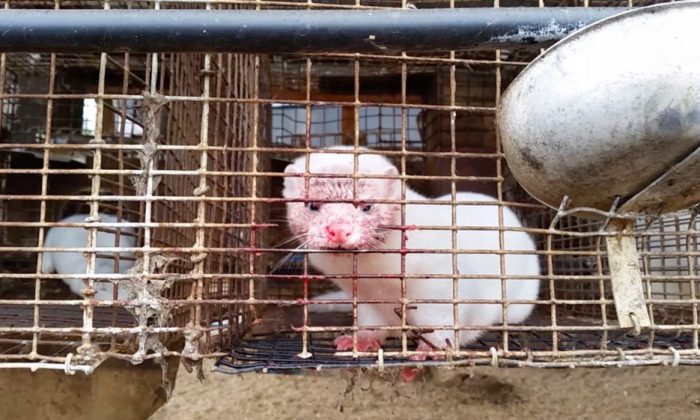 PETA, or People for the Ethical Treatment of Animals, spent two months undercover at Dillenburg Fur Farm in Shawano County.

The undercover expose revealed “thousands of minks and scores of foxes were kept in rows of filthy, wire-floored cages until they were slaughtered,” the organization said on its website. “Many animals were caged above piles of their own waste a foot tall.”

The way they were killed was even worse.

“Workers grabbed terrified, screaming minks by their sensitive tails, crammed them into this metal drum, and pumped it full of dirty gas from a running engine, crudely suffocating them en masse. The farmer broke the neck of one mink who had survived the gassing. Another mink survived for 20 minutes before finally dying,” PETA said.

The group noted that Wisconsin is the nation’s top mink producing state, making the pictures and footage all the more troubling.

Farmer Leo Dillenberg, who owns the place, said he was unaware of the investigation and declined comment, referring questions to the Fur Commission USA, a trade organization.

“I’m used to PETA throwing stones, and if PETA says it, that doesn’t mean it’s true. I’m going to let the proper authorities determine what has and hasn’t happened,” said Michael Whelan, the Commission’s executive director.

“As far as the complaint, we’ll just have to wait and see. I wasn’t there, so I don’t know, but (Dillenberg) has a certified farm and has been raising animals for 40-plus years. I can’t imagine him doing anything outrageous.”