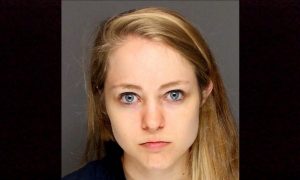 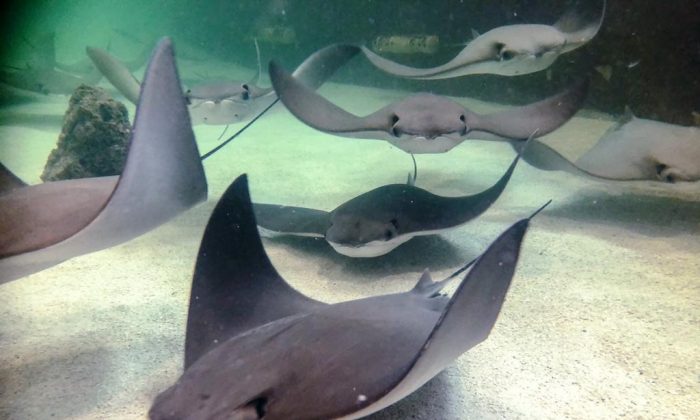 “Stingray Beach” allows visitors to get up close to a shallow pool, and touch and feed the animals.

The zoo temporarily closed it down last week after three stingrays died and another three were injured because of natural—but aggressive—mating behaviour.

The randy cownose rays are being exposed to less daylight and colder water to try to fool them into thinking mating season has passed.

The zoo says it won’t permanently close the exhibit, which opened in May.

Danae Tonge, who organized a small protest held on Sunday, says the stingrays are being used for entertainment and aren’t in a natural setting.

“They’re being prodded at and that’s not right,” Tonge said. “They have nowhere to go to escape people. Their behaviour is being thrown off. They’re being abused.”

The zoo said a decision on when to reopen will be done based on what’s best for the stingrays. It said forceful mating behaviour—in which competitive males fight each other but also sometimes bite females while mating—has been observed in the wild as well as in captivity.

The injured rays are receiving treatment and recuperating, it said, and the males and females have been separated in the main pool.

Spokeswoman Laura Cabak told CTV Winnipeg that the zoo closed the exhibit to give its animal-care workers a chance to provide treatment, observe the stingrays without outside influence and modify their environment.

“We take our responsibility to care for these animals very seriously,” said Cabak.