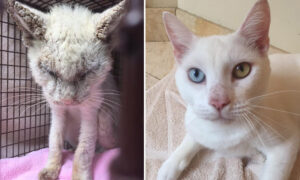 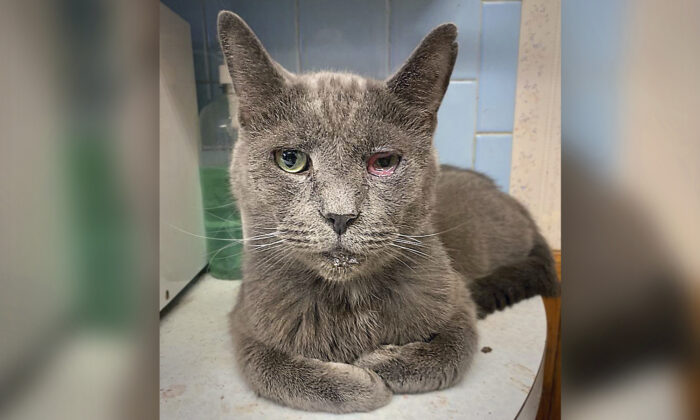 After a warrant was issued to search Caroline’s Kids Pet Rescue & Sanctuary in Painesville, Ohio, representatives from Lake Humane Society rescued 161 cats that were described as being in “critical condition.”

In all, 49 dead cats were also found at the location.

According to a news release from the Humane Society, a resident had reported concerns about the conditions in the shelter. Humane Society officials entered the premises with a veterinarian on Sept. 25, and they found that the caller’s concerns were justified and more.

The living cats were reported to be found in unsanitary conditions. They were malnourished, with a slew of illnesses including upper respiratory infections, panleukopenia, stomatitis, flea infestation, and ringworm. They were taken to the Humane Society for treatment.

Unfortunately, this is not a new development. Cleveland.com reports that Caroline’s Kids Pet Rescue and Sanctuary had a similar complaint back in 2016. At the time, the Humane Society rescued 157 cats, also in critical condition, and convicted four employees on 24 counts of animal cruelty.

The Humane Society defines animal cruelty as “a range of behaviors harmful to animals, from neglect to malicious killing. Most cruelty investigated by humane officers is unintentional neglect that can be resolved through education.”

They add that most intentional cruelty involves knowingly depriving animals of necessities, such as food, water, or shelter, but can range to the malicious, such as torture, maiming, mutilation, or purposely killing an animal.

It is still unclear whether the conditions under which these cats were found qualify as intentional or unintentional.

But even after facing these charges and hiring a new director, it appears the pet sanctuary was unable to make the necessary changes to provide sufficient care. WKYC reports that the no-kill shelter tried very hard to take good care of the cats but was simply unable to keep up with the steep number of homeless felines.

An investigation is underway, but there are no criminal charges at this time.

The Lake Humane Society’s mission is “to protect animals and build connections between pets and people through advocacy and education.”

Anyone who would like to donate or find out more about Lake Humane Society can visit www.lakehumane.org.