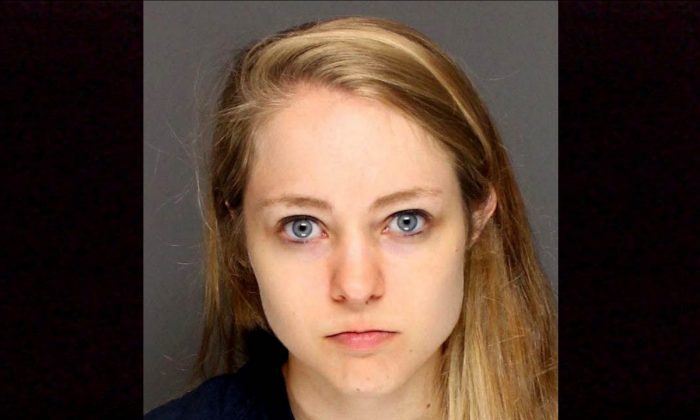 A Minnesota woman pled guilty to 13 counts of animal cruelty, including one felony count, after more than 100 animals were found at her home last May.

Bregel drew attention last year after authorities responded to reports that a pig was running loose in the area, only to eventually discover over 100 animals, including 64 dead cats, in her home in Farmington, Minnesota. Bregel also ran the nonprofit “Minnesota Animal Rescue.”

Bregel was sentenced to 200 hours of community service, two years of probation, and 90 days of electronic home monitoring, according to Pioneer Press, and she was also ordered to undergo a psychological examination. In addition, Bregel cannot own, possess, or care for any animals.

“The abuse and mistreatment of animals in the manner that occurred in this instance was unconscionable,” Dakota County Attorney James Backstrom said in a statement, according to Pioneer Press.

Bregel was initially arrested on May 9, 2018 before being released and then later charged on August 28.

This story, the video and photos are hard to hear and see. This is more information about the investiation into a cruelty case involving MN Animal Rescue and Caycee Bregel -… https://t.co/pNJm2vIBB4

The investigation began when the Dakota County Sheriff’s Office were called to Bregel’s house in May.

The officer noticed an unpleasant “overpowering odor” and contacted the owner of the property, from whom Bregel was renting. The property owner entered the house and found there was not enough food and water for the animals, and some cats were “skin and bone,” according to the sheriff’s office.

“I track these types of organizations and I had heard information that she had had more animals than she was able to adequately maintain,” said Keith Streff, an investigator with the Animal Humane Society, according to KSTP. “She was on the radar, we  were working that way when the case all of the sudden broke.”

According to the criminal complaint, Bregel had previously had an agreement with the Animal Humane Society to foster animals. From July 2o17 to February 2018, Bregel received 144 cats and a dog from the Animal Human Society.

Bregel ultimately gave permission for officers to enter her house on May 9, 2018.

On that first entry, officers saw 20 to 30 uncaged cats and five to eight dogs running around and animal feces and garbage covering the walls, windows, and floors, the criminal complaint says, and in the backyard there were scattered carcasses and animals buried in shallow graves.

The next day, law enforcement and Streff returned to the property to execute a search warrant, which is when they uncovered the extent of the animal abuse.

“This home, filled with cats and dogs, was in horrific condition when investigators gained entrance,” said Sheriff Tim Leslie in a news release from the time. “Finding this many deceased, diseased, and unnourished cats and dogs was extremely disturbing.”

Authorities also located another nine cats, seven puppies, and one adult dog from another location Bregel used for the animal rescue organization.

Of the animals that survived, a few of the cats had to be euthanized, including one cat with eyes matted shut from a thick yellow discharge. According to the criminal complaint, the cat’s left eye also “popped out” of its socket, so the eye was removed, and her right eye would likely have been removed as well had she not been put down.

Necropsy exams were conducted on three of the cats, but it wasn’t possible to determine the cause of death for those three cats. However, the doctor performing the necropsies found that the stomach and small intestine of each cat was completely empty, the criminal complaint says. The doctor estimated that it would take approximately a week for a cat’s intestinal track to become completely void of food.