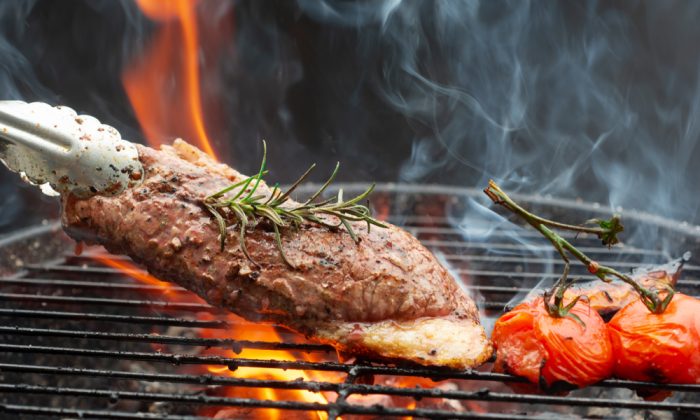 A vegan has taken her neighbors all the way to Australia’s Supreme Court, demanding they put a stop to a range of behaviors in their backyard that she finds upsetting—including children playing and meat cooking on the barbecue.

Perth resident Cilla Carden told 9News her neighbors have spoiled her ability to enjoy her backyard in the suburb of Girrawheen by provocatively letting their barbecue meat and fish smells waft into her yard.

“They’ve put it there so I smell fish, all I can smell is fish … I can’t go out there,” Carden told the news outlet.

Carden said she believes her neighbors’ actions are a deliberate attack on her quality of life.

“It’s been devastating, it’s been turmoil, it’s been unrest, I haven’t been able to sleep,” she said.

According to The Guardian, the legal battle between Carden and neighbor Toan Vu, his wife, and their children, began in August 2017 and has raged on ever since.

The Supreme Court and the State Administrative Tribunal have both thrown out Carden’s complaints, which also claim disruption due to chairs scraping on concrete, pet bird noises, and reflective light spilling onto her property. Her request to appeal has also been denied.

But, according to NewsHub, Carden said she won’t give up and will seek other legal avenues to press her case.

Legal Aid Victoria, an Australian organization that provides advice on litigation, urges other forms of resolving neighborhood disputes than battling it out in court.

“Legal intervention can be expensive and can take a long time,” the organization notes on its website. “It can also damage your relationship with your neighbor.”

“If you and your neighbor can’t reach agreement, dispute resolution may be an easier, quicker, and cheaper way to resolve matters,” Legal Aid Victoria adds.

The incident follows the case of a man who was wanted for the suspected murder of his neighbor and was found dead in a vehicle.

The 55-year-old, who went missing two days prior, was wanted by police in connection to the murder of Shane Gilmer, 30, and the attempted murder of his pregnant girlfriend Laura Sugden, 27, on Friday, Jan. 12.

According to locals, the couple was attacked by their neighbor, Lawrence, after an ongoing row over loud noise, reported The Telegraph. Neighbors in the area said Lawrence had reportedly complained about the sound coming from the couple’s house in recent months.

On Friday, Lawrence complained to the couple again about the noise but things turned ugly. Both Gilmer and Sugden were found injured in their home and rushed to the hospital. A crossbow was found at the scene, reported Sky News.

Gilmer later died at the hospital while Sugden suffered from non-life threatening injuries. Both she and her unborn child were in a stable condition on Jan. 15, the news station reported.