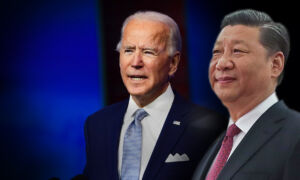 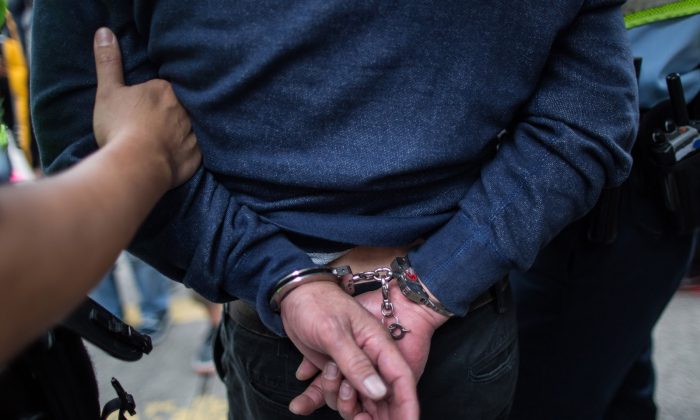 A police officer restrains a man arrested during an anti-parallel trading protest in the Yuen Long district of Hong Kong on March 1, 2015. (ANTHONY WALLACE/AFP/Getty Images)
China

Farmers, not state officials, are usually the victims in Chinese land disputes, but what happened in Guilin, Guangxi Province this January appears to be an exception to the rule.

On Jan. 18, Mr. Qin, a Communist Party member and the leader of the local Housing and Urban Development Bureau, was approached from behind by a middle-aged man wielding an iron truncheon. The man struck at Qin’s legs, fracturing both his fibulas.

On Feb. 29, local news website Guilin Life reported that a Mr. Jiang, head of a housing development company in Xing’an Province, had paid money for the physical assault of Qin.

Under interrogation, Jiang admitted that the assault was motivated by the failure of his project to be approved by the authorities. He hired one Mr. Yao to “teach Qin a lesson,” whereupon Yao subcontracted the job to a Mr. Chen who committed the deed. All three are in criminal detention.

According to the report, Jiang’s grudge is misplaced, as the decision to bar his project was arrived at collectively at the bureau and had little to do with Qin personally.