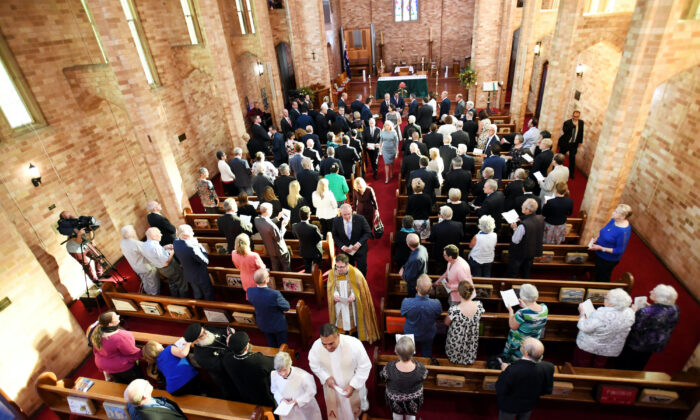 Australia’s Anglican Church has split after conservatives who want to uphold traditional marriage ethics formed a new diocese which it describes as a “lifeboat” for faithful Anglicans.

The Diocese of the Southern Cross was announced at the Global Anglican Future Conference (GAFCON) in Canberra on Sunday. GAFCON is an international coalition of conservative church leaders, which is chaired by Tasmania’s Anglican Bishop Richard Condie.

Condie said in a press release on Aug. 15 that the newly formed diocese is a “new structure for Anglicans in Australia who can no longer sit under the authority of their bishop.”

This follows comments Condie made at the recent Lambeth Conference, where he also noted that the breakaway diocese is a response to declining trust in the Bible, including the church’s rejection of the traditional concept of marriage between a man and a woman and the “watering down of standards of behaviour” by clergies and church workers.

“The issue for us is the authority of the Bible,” Condie said, adding that the interpretation of the Bible has been altered by modern culture.

“To us in our provinces, this is not primarily about gay sexual practices and unions, but rather that Anglicans look first and foremost to be guided in their faith and order by Scripture, and not by the passing cultural waves of Western society.”

“As disciples, we are not told in Scripture to mould Jesus into ‘our’ image.”

The move comes after the national Synod in May saw the majority of bishops refuse to affirm man-woman marriage, with progressive bishops saying it excludes the LGBT community.

Charles Sturt University Theologian Matthew Anstey argued that progressive Anglicans believe they are “being entirely faithful to scripture and to God and that our faith is genuine and authentic.”

“We also reject the claim that you are able to make a judgment about our faith.”

However, ethicist Bill Muehlenberg called the push for same-sex marriage in the Anglican church “another case of theological liberalism and progressivism white-anting the churches from within.”

In a commentary on Aug. 17, he said the church has started to “clearly depart from biblical teachings and reject core Christian beliefs and values.”

“It could mean they are denying basic biblical doctrines or fundamental matters of Christian ethics.”

Meanwhile, LGBT group Equality Tasmania spokesman Rodney Croome told The Mercury that the new diocese was “effectively a new anti-LGBTQIA church that will attempt to hold Australia back from greater inclusion.”