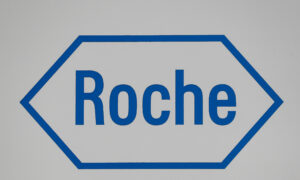 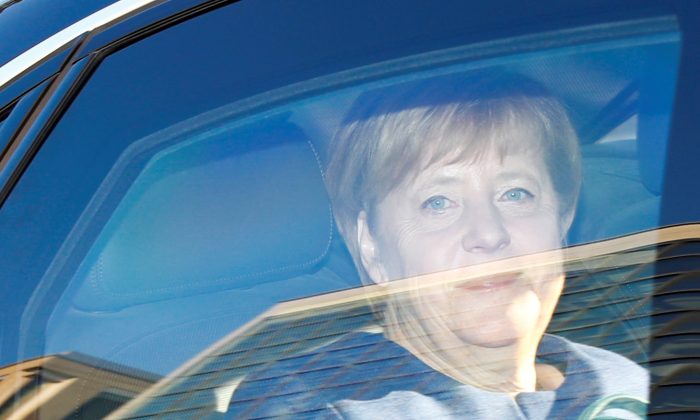 Germany’s ruling party has had its worst election result since 1950, with Chancellor Angela Merkel’s Bavarian ally, the Christian Social Union, losing its absolute majority in a regional parliament.

It’s the latest crisis to hit the center-right coalition party, with junior partners the center-left Social Democrats (SPD) having their support halved.

The CSU won 37 percent of the vote, almost a quarter less than in 2013, in the Bavarian state election on Oct. 14.

Ten percent of voters swung to the anti-immigration Alternative for Germany (AfD), securing the party its first lawmakers in the state.

A headline in German newspaper Die Welt summed up the effects: “It’s gonna be turbulent. The result in Bavaria is a vote against the grand coalition in Berlin.”

The SPD were hoping for a boost from infighting between the CSU and the Christian Democrat (CDU) coalition partners.

Instead, the SPD’s support dropped to less than 10 percent, with members now demanding to expedite an upcoming review over whether to remain in partnership with the Merkel-led coalition.

SPD General Secretary Lars Klingbeil told Deutschlandfunk radio: “The evaluation is planned for the middle of the legislative period, but something must happen now. There must be a different style of government.”

He criticized the CSU’s infighting over issues such as migration, adding, “If the style of government doesn’t change, there will be a debate in the SPD and the critical voices will get stronger.”

The election result shows how the debate on immigration and German values has loosed the hold of the traditional parties on power.

Bavaria has been a center for conservative politics, led by the CSU since 1948, with the party holding an absolute majority for 59 of the last 64 years.

The Greens gained half a million votes and finished in second place, with 17.5 percent of the vote.

But despite the need for the CSU to now form a new coalition in Bavaria, CSU chief lawmaker Markus Söder has said the Greens are “uncoalitionable,” according to the Times of London.

Interior Minister and CSU party leader Horst Seehofer, who has had prominent clashes with Merkel over immigration and law, attempted to bring a note of calm, telling reporters on Oct. 15, “We will do our bit to ensure that the grand coalition can continue to do its work in a stable manner.

He added, according to Reuters: “I am happy that the AfD in Bavaria scored clearly below where they are on the national level. If my maths are right, a third below the national average.”

However, Andreas Kluth, editor-in-chief of Handelsblatt Global, was unrestrained in calling for Seehofer’s resignation.

“I cannot believe this Bavarian pol with his provincial mindset, populist style, and boundless ego, has not yet resigned as boss of the Christian Social Union after last night’s drubbing in the Bavarian election,” Kluth wrote on Oct. 15.

“For the sake of Bavaria and all Germany, he must step down, as party leader and interior minister. And if he doesn’t, the CSU should recall Friedrich Nietzsche: That which is ready to fall should also be pushed.”

On Oct. 15, SPD leader Andre Nahles stopped short of calling for Seehofer’s resignation, but said the way the coalition works needs to improve.

“We have to consult among ourselves today and during other meetings what it means to act successfully as SPD in this grand coalition government. We will start these discussions today, by the way not for the first time,” Nahles told reporters, according to Reuters.

In two weeks, there will be an election in the western state of Hesse, which is currently ruled by a coalition of the CDU and the Greens.

“If the CDU loses the government in Hesse, this will probably start a discussion within the CDU about Merkel’s position,” wrote the Bild newspaper.