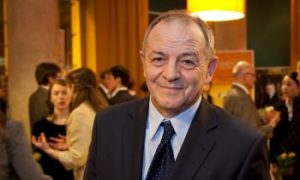 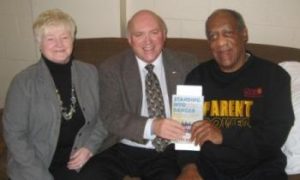 Gingerbread is the successor to Android 2.2, codenamed Froyo, and is highly anticipated due to its rumored support for tablet computers and larger display sizes.

Gingerbread is also speculated to support built-in video chat through Google Voice, according to a PC Magazine interview in October with Google's Andy Rubin, who founded Android before it was purchased by Google.

Phandroid, a blog that frequently covers Android updates, claims to have seen early versions of Gingerbread and reports that the user interface in the new version is much improved and "easier on the eyes."

Also, Phandroid says Android 2.3 would support the SIP protocol natively on Google Voice, allowing the phone functionality to be used on any network, including Wi-Fi.

But the biggest new feature that Android Gingerbread is rumored to have is support for tablet computers. With the remarkable success of the iPad, hardware manufacturers are jumping on the tablet computer bandwagon, with Android the popular operating system of choice for the tablets.

Froyo 2.2's support for tablet computers is not up to par. A Google engineer said in a September interview with TechRadar that "[Froyo] is just not designed for that form factor." In contrast, Android Gingerbread could allow for wider adoption and ease of use on tablet computers.

On Friday, Google added flames to the rumors about Gingerbread's release, posting an update on its Twitter account: "Our cafes are baking something sweet," linking to a photo of Android icon-shaped gingerbread men. In a Nov. 8 post, Google also announced a 2.3 update would be coming to Google Nexus One phones over "the next few days."

So far, Google has not announced a launch date for Gingerbread but has consistently said it would be "sometime soon."

Meanwhile, Smartphone watchers are also anticipating the launch of Nexus S, Google's second foray into the Smartphone market itself. This would follow the lukewarm response to Nexus One, which was discontinued by Google as a mass-market product and repackaged as a developer phone.

While a second-generation Google phone has been talked about for a while, on Nov. 11 Engadget posted a photo gallery of a Samsung phone featuring Google's logo and claimed it was the Nexus S. Phandroid also reported a leak from Best Buy, which indicated the new Nexus S phone would be available from Best Buy on the T-Mobile network.

Whatever the fate of the Nexus S, the Gingerbread update is real and may be the icing on the cake for the juggernaut that Android has become.