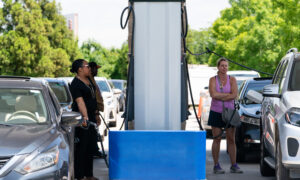 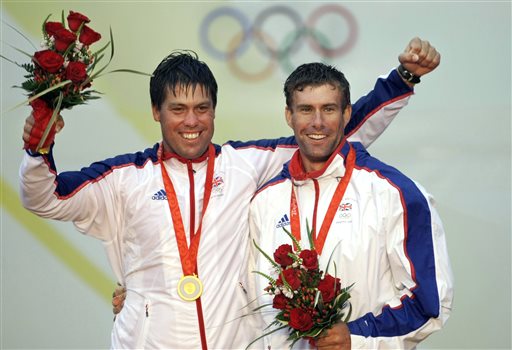 FILE - In this Aug. 21, 2008, file photo, Britain's Iain Percy, right, and Andrew Simpson, smile during the medal ceremony of the Star class sailing competition of the Beijing Olympics in Qingdao, China. They won the gold medal. Artemis Racing says Simpson died Thursday, May 9, 2013, after the team's boat capsized during training for the upcoming America's Cup in San Francisco Bay. (AP Photo/Herbert Knosowski, File)
US

Andrew Simpson dead: Family, friends, and boating colleagues said they were saddened by the loss.

“The entire Artemis team is devastated by what happened,” CEO Paul Cayard said in a statement on the team’s website. “Our heartfelt condolences are with Andrew’s wife and family.”

The sailing world is reeling after Briton Andrew ‘Bart’ Simpson’s tragic death on the waters of San Francisco Bay, while training with Sweden’s Artemis America’s Cup team on board a boat that is about as extreme as it gets,” wrote Shirley Robertson, a two-time gold medalist who was a good friend of Simpson’s.

The death is indicative of the new era of yachting’s America’s Cup, which Simpson was training for. In the new age, gigantic boats that have 130-foot masts have been introduced. The boats have a top speed of 35 miles an hour, which is quick on water.

The race is “no longer a tactical game of chess on water in relatively slow yachts; it is now a full on physical battle with an immense machine, and the forces of nature,” writes Robertson.

The loss of 36-year old Simpson will have a big impact on the sport, likely causing a more critical look at the new boats.

Robertson said the Simpson was “an understated, hugely talented sailor.”