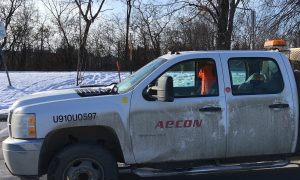 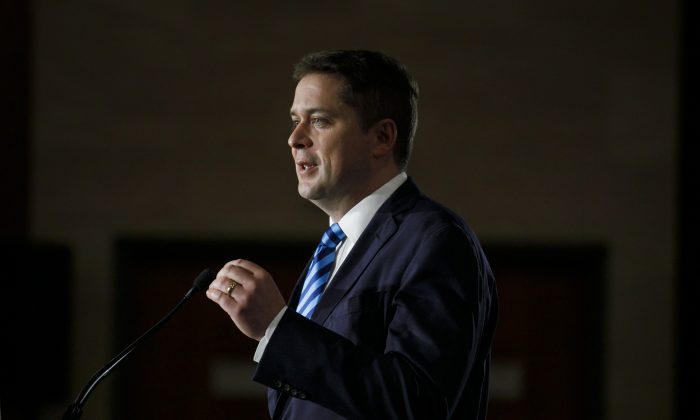 MONCTON, N.B.—Conservative Leader Andrew Scheer is asking Liberal MPs on the House of Commons ethics committee to vote to continue the investigation into the SNC-Lavalin affair, after a scathing report found that the prime minister broke ethics law.

Mario Dion’s report said Trudeau’s attempts to influence Wilson-Raybould on the matter contravened section 9 of the act, which prohibits public office holders from using their position to try to influence a decision that would improperly further the private interests of a third party.

In a news conference in Moncton, N.B., on Friday, Scheer called on the six Liberal members of the ethics committee to allow the investigation into Trudeau’s involvement in the controversy to proceed when the committee meets next week.

Scheer also says he is launching a “grassroots campaign” to ask Canadians to contact the MPs to pressure them to vote on the matter.

Scheer says Trudeau “betrayed the trust” of Canadians and the Liberal party, adding he believes there’s more than enough evidence of misconduct to warrant an investigation by the RCMP

“So it’s time for the Liberals on the committee to take a stand. Do what is right and do what Canadians expect of you,” said Scheer.

Please read my statement on the report by the Conflict of Interest and Ethics Commissioner: https://t.co/Cd16Ji3mEf

The Conservative leader also said he finds it “incomprehensible” that Trudeau is refusing to let the full story come out. He pointed to nine witnesses who he said have not been given permission by the prime minister to tell their story.

“We still see evidence to this day that Justin Trudeau is going to great lengths to cover up the full truth from coming out.”

Conservative and New Democrat MPs demanded an emergency meeting of the ethics committee to delve into Dion’s report.

Justin Trudeau is not as advertised. He promised to be open and transparent, but he shut down multiple investigations into his corruption scandal and even blocked the Ethics Commissioner from accessing key information. Trudeau needs to come clean with Canadians. pic.twitter.com/Bf3SA9gHZC

Trudeau has said he accepts the report and responsibility for what happened, but he disagrees with some of the Dion’s conclusions—most notably, that he shouldn’t have had contact with his attorney general over the affair.