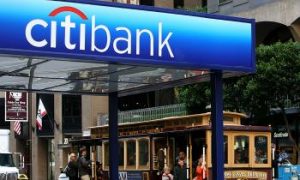 By Alex Johnston
Print
The Carolina Panthers are looking to keep the No. 1 overall pick and draft Stanford quarterback Andrew Luck, according to the Associated Press and other reports.

Jerry Richardson, the owner of the Panthers, told the Associated Press that he wants to choose Luck. Panthers general manager Marty Hurney watched Luck on Monday night during the Orange Bowl. He threw 287 yards and four touchdowns as Stanford pummeled Virginia Tech 40-12.

During the 2010-2011 season, the Panthers posted the worst record at 2-14 and had poor quarterback play from Jimmy Clausen, who appeared overwhelmed and was inconsistent at best. Matt Moore and Tony Pike also were not able to get the job done as the Panthers had the worst-ranked offense in the league.

"We're looking for someone that can be a topflight player and hopefully make us a better team," Richardson told AP. "And I have no doubt if you have the first pick, we're likely to do that."

Richardson said that the organization was not looking to trade down. “I think it would be somewhat unusual for us to trade down in this particular case,” he told the Gaston Gazette.

“You know we are running a business here,” Richardson told the Philadelphia Daily News. “If you were writing the check, would you extend someone's contract that you were not sure was going to be able to produce the result you were looking for?"