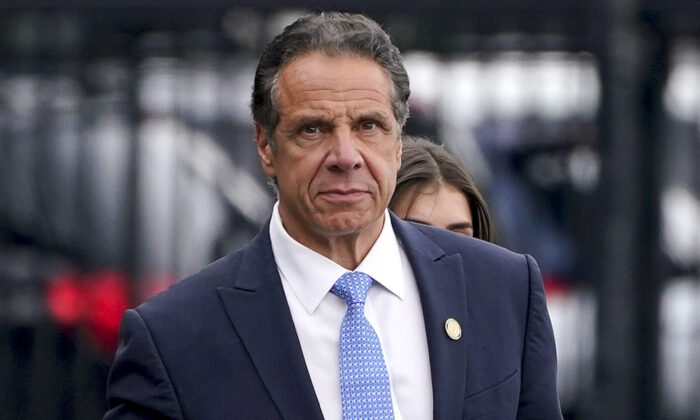 The misconduct charge was filed against Cuomo over allegations that he groped an aide in the executive mansion in 2020. Although several women made similar complaints against the former governor, that allegation was the only criminal charge filed against him.

“We have reviewed all of the available evidence and concluded we cannot successfully secure a conviction in this case,” Assistant District Attorney Jennifer McCanney said during a virtual hearing, reported The Associated Press.

Last year, Democrat New York Attorney General Letitia James released a report documenting several accusations against Cuomo, asserting that he allegedly harassed or acted inappropriately toward 11 women. While Cuomo has categorically denied the allegations, the former Democrat governor resigned last August and claimed he did so because he didn’t want to become a distraction.

Earlier this week, Albany County District Attorney David Soares announced he wouldn’t pursue criminal charges against Cuomo but noted there was “credible evidence” against him. However, according to the district attorney, the charge is “impossible to prove beyond a reasonable doubt in criminal court.”

“This court is acutely aware that the fact that the district attorney’s office has unfettered discretion to determine whether to prosecute a particular suspect or case, and that superior courts have long and consistently held that courts may not and should not interfere with the discretion of a district attorney,” Judge Holly Trexler said Friday.

Even though Cuomo won’t face forcible touching charges, his administration is still being investigated by the federal government on how it handled the COVID-19 pandemic and its death data. Federal prosecutors are also evaluating sexual harassment claims against him.

Prosecutors in Manhattan said Cuomo didn’t break the law when his administration misled the public about the number of COVID-19 deaths linked to nursing homes.

Elkan Abramowitz, Cuomo’s attorney, issued a statement to news outlets saying the Democrat was told on Monday by the Manhattan District Attorney’s office that it completed an investigation and wouldn’t bring charges against him.

“I was contacted today by the head of the Elder Care Unit from the Manhattan District Attorney’s Office who informed me they have closed its investigation involving the Executive Chamber and nursing homes,” Abramowitz remarked.