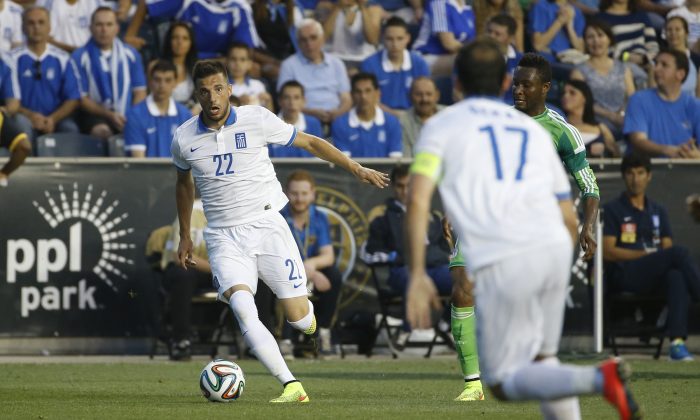 The Greek player scored in the 42nd minute.

Both teams are attacking hard but now only Greece has been able to capitalize. Both goalies have made impressive saves.

FORTALEZA, Brazil—Didier Drogba is starting for the Ivory Coast in their final group game against Greece, while Yaya and Kolo Toure were also included despite the recent death of their brother Ibrahim.

Drogba came on as a second-half substitute in the two previous Group C matches, a win against Japan and loss to already-advanced Colombia.

Greece coach Fernando Santos brought in midfielder Lazaros Christodoulopoulos, shaking up his roster to compensate for the suspension of veteran Costas Katsouranis.