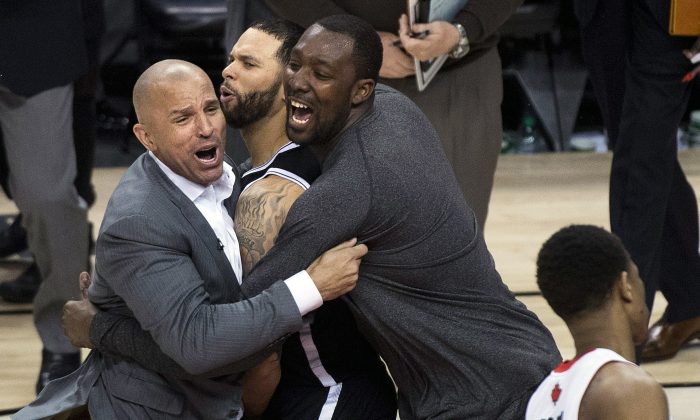 NBA free agency is heating up as a number of teams look to bolster their rosters for the second half of the season, and a number of players finish up seasons in China.

Andray Blatche is one of the top players available, and has been attracting interest from multiple teams–including the Brooklyn Nets, sources told ESPN.

Blatche just finished a season with the Xinjiang Flying Tigers, averaging 31.1 points and 14.6 rebounds. He played for the Nets last season, but the team didn’t re-sign him. Brooklyn is fighting for a playoff spot in the Eastern Conference.

The Memphis Grizzlies are also among the suitors. It’s unclear if the Miami Heat, which had significant interest before the emergence of Hassan Whiteside, is still interested.

Another free agent from China has already pretty much inked a deal.

John Lucas III is expected to sign a 10-day contract with the Detroit Pistons following the season-ending injury to starter Brandon Jennings.

Lucas will be the backup on some nights to new starter D.J. Augustin, in a point guard rotation that also includes rookie Spencer Dinwiddie.

A source told the Detroit Free Press that Lucas is expected to sign on Monday and practice as soon as the same day. He will be available on Tuesday night against the Miami Heat.

Lucas, 32, has played for a number of NBA teams, and was on the Washington Wizards for a brief time in the preseason. He played for the Utah Jazz last season.