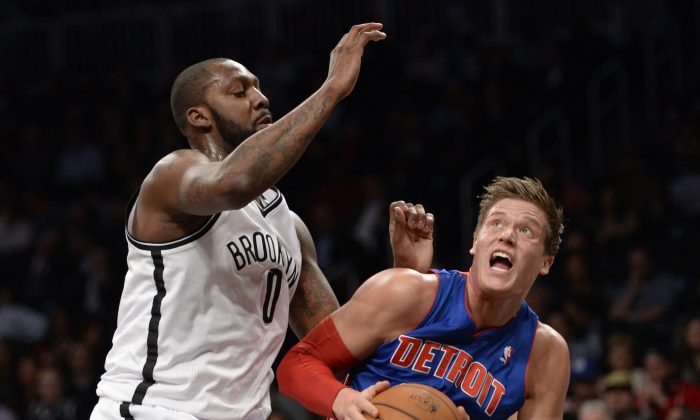 Andray Blatche is claiming that he is half-Filipino in a bid to become eligible to try to join the Philippine’s national basketball team.

He asked reporters to call him Young Seymour, and said he’s half-Filipino, reported Andrew Keh of the New York Times.

Chot Reyes, head coach of the Philippine team, is helping Blatch and Javale McGee with their naturalization papers to try to get them on the team, reported the Philippine Sun-Star.

Congress Deputy Speaker Robbie Puno said: “Naturalizing McGee and Blatche will strengthen the Philippines’ chances in reclaiming its dream as one of the world’s basketball greats during the FIBA World Cup.”

Bills were introduced in Congress to try to get them naturalized.

It’s unclear what the process is for determining whether the players are part Filipino or if that’s a factor in the naturalization.

Blatche’s parents, for instance, are reportedly not Filipino.

The players would compete in the Asian Games as well as the 2014 FIBA World Cup, for which training will start on July 15.