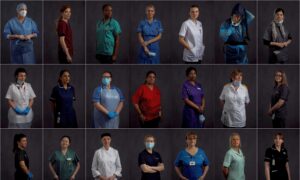 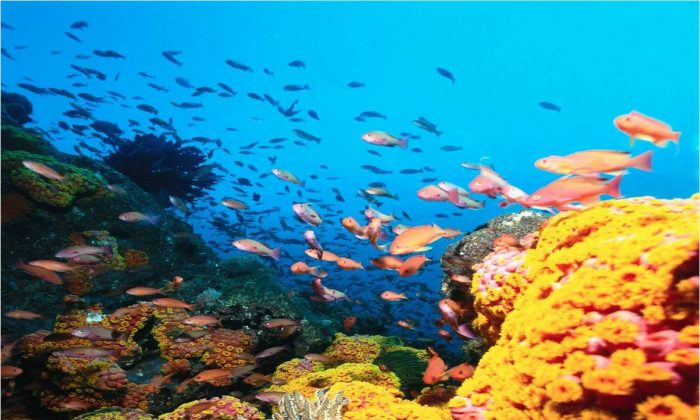 Colorful and rich in species diversity, coral reefs represent only 0.15% of the ocean but support 25% of the species. If we lose them, we lose everything.
Opinion

Probably for the first time in history a five star resort has built a Marine Life Laboratory.

On the sleepy little island of Langkawi, Malaysia, The Andaman, A Luxury Collection Resort has embraced ocean conservation in a most amazing way. Yesterday, on World Ocean Day, they opened the doors of their new “multi-purpose” marine laboratory.

Supported by The Andaman and guest contributions the Marine Life Laboratory is expected to provide educational activities for an estimated 15,000 guests and school children each year. Activities include one off programs like “Ocean in a Bucket” where young discussion groups discovers the secrets of some unusual marine creatures and “Young Marine Biologist Programs” that involve students in mini-research projects, coral and fish identification, and coral transplanting.

The multi-purpose part of the Marine Life Laboratory concept comes with the involvement of university interns and post graduate research projects. “We have the resources to help three M.Sc. or Ph.D. students get their degrees in marine biology”, said Mr. Christian Metzner, General Manager of The Andaman.

Mr. Metzner added, “Last year we offered seven Malaysian marine biology students internship at our Coral Nursery as part of our World Ocean Day conservation strategy. This year we have gone one better and given them a new laboratory to carry out their studies.”

The ocean conservation program is a reaction to the devastation of local reefs caused by the 2004 Tsunami that originated near Aceh, Indonesia. The tsunami is thought to be the worst natural disaster in recorded history with an estimated 280,000 lives lost. But the impact of that tragedy continues through the wide spread loss of fisheries in coastal and coral reef waters.

In 2012, The Andaman opened a Coral Nursery and educational program for its guests. The Coral Nursery is capable of producing about 5,000 small corals a year ready to be transplanted to the fringing coral reef in Datai Bay.

In 2013, The Andaman trialed prototype artificial reef modules constructed in partnership with Lafarge Malaysia. Their goal is to assist the production of fish for the local fishing villages and reduce ‘fishing pressure’ on the recovering coral reef.

2014 witnessed the launch of a barge load of artificial reef modules into Datai Bay. These modules will be deployed in a pattern allowing biologists to monitor fish populations and coral colonization in the coming years.

Now, in celebration of the 2015 World Ocean Day, The Andaman, A Luxury Collection Resort has committed itself to marine research and education through the opening of its Marine Life Laboratory.

The laboratory is equipped with a variety of aquaria and filtration equipment for keeping marine life healthy during their short stay for research purposes. Animals breeding in the Coral Nursery are returned to the Nursery. Any marine life collected from the reef is returned to the sea as quickly as possible.

“We have some excellent photographic and electronic equipment that is being used by our Resident Marine Biologist”, said Mr. Metzner. “We are also awaiting delivery of a range of bench top equipment including microscopes. This should set the stage for some exciting scientific projects.”

The Andaman Marine Life Laboratory was opened yesterday on World Ocean Day. Some 200 guests, the President and CEO of Lafarge Malaysia, representative of the National University of Malaysia, and media were present for the celebration.

“I believe that by opening the doors to this Marine Life Laboratory we have opened the doors to a new kind of tourism”, said Mr. Metzner. “We want tourism to be educationally significant, environmentally supportive, and above all sustainable in the long term; that’s how we see our future.”