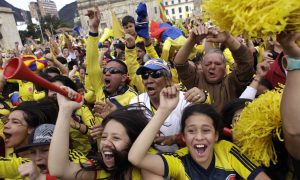 Fanatical About Football? Watch Out, You Could Be an Addict
0
Share Now
TelegramFacebookTweetEmailTellMeWeReddit
Copy Link 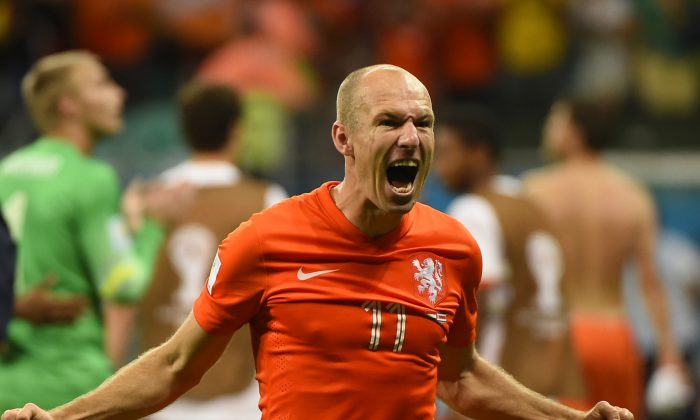 And the Player of the World Cup Is…

Parlour game time. Who has been the best player at the 2014 World Cup finals? The usual suspects are all here: the now-stricken Neymar, the great Messi, even the non-stop German false number nine, Muller. They will all have their supporters. Maybe some defenders should get a shout too: the extraordinary David Luiz, or Belgium’s Vincent Kompany? Perhaps the spectacularly bearded record USA shot-stopper Tim Howard? New kids on the international block deserve a shout, not least Columbia’s pin-up midfield boy James Rodriguez. Spooked, even the Brazilians resorted to kicking poor James to avoid quarter-final defeat, a World Cup ruined and possible national psychological breakdown.

But none of these men really need apply. Because it is absolutely clear that the best player at these finals is a guy who looks more like a weedy, balding and ageing bank clerk than an aesthetic No 10, athletic striker or pillar of defence. Nevertheless, this man’s skill, pace, stamina, game intelligence, goal threat, passing and team play have been unmatched by any rival. He may lead his country to the World Cup final itself. You must have guessed it by now. So step forward the defender’s tormentor, the master of the flying dribble followed by the brilliant cut-back. It is, of course, Holland’s incredible Arjen Robben.

But I can see you are ahead of me already and have spotted the problem. It is the one tiny flaw in Robben’s otherwise impeccable CV. He cheats. Robben himself has apparently just figured this out; indeed he apologised for it during these very finals. Even supine BBC commentators latched on to his latest admission, but it is all far too little, too late. Because, for all his other qualities, this is no recent blemish: in fact the Dutchman has successfully and blatantly cheated throughout his entire playing career. The charge list is impressive: feigning injury, diving, searching out contact for critical, dubious penalties, getting fellow professionals sent off for no reason. You name it, he has done it.

For players like Robben – who get their fair share of hacks and kicks from brawny defenders, of course – pretty much any kind of faking is a legitimate strategy to gain advantage. Many top coaches would agree. He is, in this sense, the complete professional for football today – and widely admired. But that a serious problem.

Perhaps FIFA’s mute response to Robben’s recent mea culpa is also an example of what the Uruguayans meant earlier in the World Cup by their claim about double standards – Luis Suarez anyone?

Indeed, the respected German football writer Raf Honigstein has argued that the English (and others) should simply get over their aversion to diving and cheating. He implied this is a cultural issue, and that in pretty much every other football country in the world diving is now accepted as just part of the game. Maybe adept divers should be praised and admired for their skilful artifice and cunning? Perhaps football, uniquely among sports, should embrace malpractice and its perpetrators? FIFA certainly seems to share this view: no player has yet been booked in Brazil for diving, let alone for feigning injury.

Call me old fashioned, but this sort of cheating (and let’s call it that) really does stick in the craw. Maybe this is a cultural legacy, partially rooted in the peculiarly English approach to fairness – though there are English divers, too. But why have any laws at all if players are to be condoned, rewarded even, for trying to dissemble the ones that exist? Why have referees?

If the Netherlands actually win the 2014 World Cup, arch manipulator Robben will have been the key figure in their triumph. Applaud the Dutch for their football skills, resolve, courage and invention. They will have needed all these qualities to survive. And we should all swoon at Robben’s frequent brilliance. But let’s stop short of cheering the guy. Because (warning: getting on high horse) for football to make any kind of sporting sense surely we still have to believe in its essential fairness and justice?

This means that at some basic moral level, even top professional players must in the end see the game broadly as most of us still do: as a tough test of imagination, skill and physicality enacted mainly within the laws. Not as a malign contest of the dark arts to see who can best outsmart and humiliate opponents, law-makers and the officials. I wonder, FIFA, are you listening at all?

John Williams does not work for, consult to, own shares in or receive funding from any company or organisation that would benefit from this article, and has no relevant affiliations. This article was originally published on The Conversation. Read the original article.