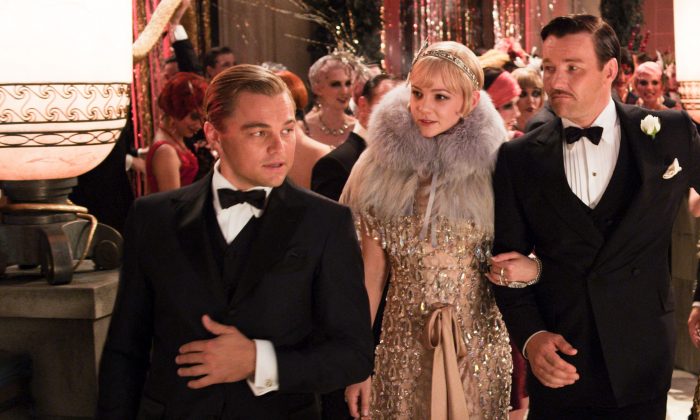 And the Oscar for Best Costumes Goes To …

'The Great Gatsby' won, but here's a look at the successes of all the nominees
By Lina Broydo
Print

There’s the Venus de Milo statue by Alexandros of Antioch, and there’s David, by Michelangelo, and then there’s the Oscar, the world’s most recognized statuette, which has graced the mantels of famous filmmakers since 1929. It was designed in 1928 by Cedric Gibbons, an MGM Studio art director, and sculpted by George Stanley.

The coveted trophy’s gold plating, shining magically, was embraced and hugged last night, Hollywood’s most glamorous night of the year, as the Academy of Motion Picture Arts and Sciences presented its annual awards show.

The Oscar trophy is 13.5 inches tall and weighs 8.5 pounds. I was surprised to discover that this Oscar statuette, of a knight holding a crusader’s sword, is standing on a reel of film with an inscription that signifies only five original branches of the Academy: actors, directors, producers, technicians, and writers.

It didn’t originally include costume designers, my favorite award of the evening.

Catherine Martin won for her designs featured in “The Great Gatsby,” but the honor of being nominated enjoyed by other designers last night signifies great merit.

Let’s review the five Oscar-nominated costume designers, who have endeavored to reflect the culture and the historic era depicted in their respective movies.

The Los Angeles-based Australian Michael Wilkinson has been recognized with numerous awards for his significant impact on the field of costume designs for film and theater, but this is his first nomination for an Oscar. He is currently designing costumes for the upcoming “Batman vs. Superman” project, starring Amy Adams and Ben Affleck. He also created hundreds of colorful costumes for the Opening and Closing Ceremonies of the Sydney 2000 Olympic Games.

Jennifer Lawrence as Rosalyn Rosenfeld in Columbia Pictures’ “American Hustle.” Lawrence’s clothing and accessories are vintage. “They had ideas, they lived large and they took risks,” costume designer Michael Wilkinson said of the ‘70s style that inspired his work in the film. (AP Photo/Sony – Columbia Pictures, Francois Duhamel)

Costumes by Catherine Martin
Catherine Martin is a film, stage, and interior designer. She is a two-time Oscar winner in 2001 for Art Direction as well as for Costume Design, both for the movie “Moulin Rouge,” for which she created spectacular costumes for Nicole Kidman. She also designed Nicole Kidman’s vintage wardrobe for 2008 film “Australia.” Martin’s constant creativity is inspired by the people she works with and the places she visits. She divides her time between Paris, New York, and Sydney.

Carey Mulligan as Daisy Buchanan, right, and Leonardo DiCaprio as Jay Gatsby in a scene from “The Great Gatsby.” (AP Photo/Warner Bros. Pictures)

Patricia Norris, an American costume designer, faced a challenge in creating costumes for “12 Years a Slave,” since there are very few photos of slaves available. But being the history buff that she is, the challenge became an educational journey with lots of research and rich imagination. Norris has been nominated previously for five Academy Awards for Costume Design, for “Days of Heaven,” “The Elephant Man,” “Victor Victoria,” “2010,” and “Sunset.”

Norris was my personal choice for this year’s award.

A wonderfully creative partnership between actor-director Ralph Fiennes and London-born costume designer Michael O’Connor, who previously won an Oscar for “The Duchess,” resulted in O’Connor’s magnificent costumes fitting so perfectly into the story of Charles Dickens’ Victorian England. He studied the Victoria and Albert Museum archives, and embraced the period, which inspired and influenced the The Invisible Woman costumes.

Costume designer William Chang Suk Ping, who also serves as the movie’s production designer and its editor, created an amazing repertoire of Chinese costumes for Wong Kar-wai’s latest film, “The Grandmaster,” which depicts Shanghai in the 1930s. A Hong Kong native, Chang has worked with director Wong Kar-wai on all of his movies, which has offered the designer an opportunity to showcase his elaborate costumes. It took Chang two years to collect the materials, beads, ribbons, and lace for the ornate and nostalgic costumes of “The Grandmaster.”

Costumes from each of these films will be on view at the Fashion Institute of Design and Merchandising Museum in Los Angeles until April 26.