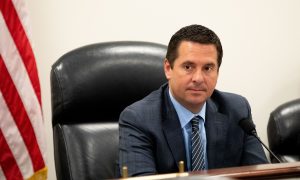 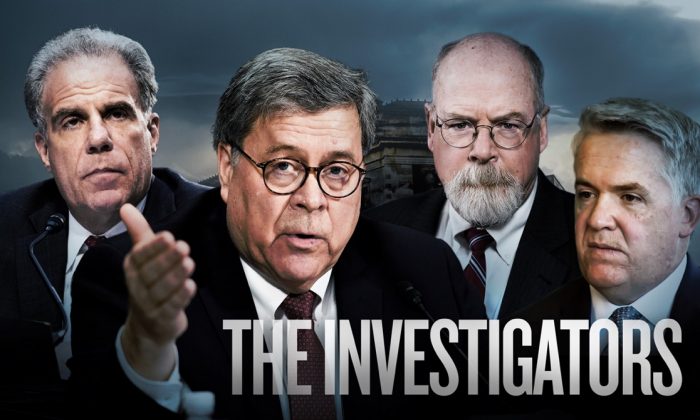 And So It Begins …

On May 11, Rod Rosenstein left the Department of Justice after a distinguished 29-year career. On May 13, it became public that Attorney General William Barr has tasked U.S. Attorney for Connecticut John Durham to look into the origins of the investigations into the Trump campaign.

This means Durham will receive the evidence that the teams working under DOJ Inspector General Michael Horowitz and U.S. Attorney for Utah John Huber have been collecting for more than a year and a half.

So despite what you may be hearing from some media commentators, Durham won’t be starting an investigation from scratch with nothing. While some continue to insist that nothing was happening until 10 minutes ago when Barr arrived, the truth is quite different.

Investigations into the Spygate plotters and leakers, such as former FBI Director James Comey, former FBI Assistant Director Andrew McCabe, former FBI general counsel James Baker, and many others were already started long ago. Durham is going to be the immediate beneficiary of all that hard work. His appointment by Barr means that a lot of things that have been kept out of sight are going to start coming out.

A lot of media commentary I’ve seen during the past two days completely misses the point about why then-Attorney General Jeff Sessions tapped Huber and a team of prosecutors to assist Horowitz in his Spygate investigations.

It was back on March 29, 2018, that Sessions wrote a letter to lawmakers chairing the various Senate and House committees that he had appointed Huber to work in tandem with Horowitz’s office. That letter was written by Sessions in response to a letter he received from Sen. Chuck Grassley (R-Iowa), Rep. Robert Goodlatte (R-Va.), and Rep. Trey Gowdy (R-S.C.), in which they demanded the appointment of a special counsel to investigate the origins of the Trump–Russia collusion hoax.

In that letter, Sessions stated the following:

“As noted in Assistant Attorney General Stephen E. Boyd’s November 13, 2017, letter to the House Committee on the Judiciary, I already have directed senior federal prosecutors to evaluate certain issues raised by the Committee.”

So an unknown number of senior federal prosecutors were placed under Huber’s leadership, forming a team. To do what, exactly?

Sessions spells that out as he continues:

“Mr. Huber is conducting his work from outside the Washington D.C. Area and in cooperation with the Inspector General. The additional matters raised in your March 6, 2018, letter fall within the scope of his mandate, and I am confident that Mr. Huber’s review will include a full, complete, and objective evaluation of these matters in a manner that is consistent with the law and the facts.

So this special team of senior federal prosecutors that Huber was tapped to lead is doing its work far outside of Washington, which is a big reason that the usual Washington leak-culture suspects in Congress and in the news media have been unable to leak details from it.

As the inspector general for the DOJ, Horowitz has limited authority outside of the department. He has no ability to pursue people who are no longer there, such as former DOJ and FBI employees who were fired or who saw the handwriting on the wall and quickly resigned and left starting in early 2017. That might have put them outside of Horowitz’s reach, but not Huber’s.

While Horowitz could dig deeply into the activities of those who were involved in the Trump–Russia related investigations inside the DOJ and at the FBI during the 2016 election and beyond, he had extremely limited ability when it came to investigating other federal departments and agencies such as the CIA or the State Department, both of whom had officials there play key roles in this scandal.

It must also be remembered that several nongovernment entities played crucial roles in Spygate, including private contractors such as Fusion GPS.

While Horowitz couldn’t subpoena any witnesses or records outside of the DOJ, Huber could, which is exactly why Sessions formed this team of senior prosecutors and then put Huber in charge of it.

While many assume an investigation being run out of the DOJ should wrap up in just a few months, that’s often not the case. Some investigations can take years.

Those involved in the Spygate plot to spy on a presidential campaign and then attempted to orchestrate a coup against an incoming presidential administration got to take their best shot at Trump first. Comey got the special counsel he wanted to be appointed, and for two years, they were led to believe they had Trump on the ropes.

Now the plotters are the ones who are going to be investigated. They’d better gird their loins.