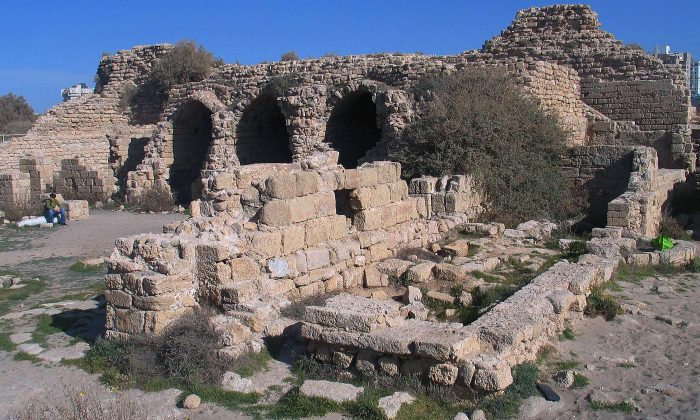 A team of archaeologists has uncovered a mural on the floor of a Christian church in Israel with significant historical implications.

The mural was uncovered in August by researchers from several universities and organizations working in the Israeli coastal city of Ashdod, the Israel Antiquities Authority announced on Nov. 23.

The tile floor bears a four-line inscription in Greek which reads, “[By the grace of God (or Christ)], this work was done from the foundation under Procopius, our most saintly and most holy bishop, in the month Dios of the 3rd indiction, year 292,” The Christian Times reports.

The inscription was deciphered by Dr. Leah Di Segni, of the Hebrew University of Jerusalem, who explains that the date is given according to the Georgian calendar. It corresponds to the year 539 in the modern Gregorian calendar system.

The inscription is believed to be the oldest discovered example of the use of the Georgian calendar in Israel. “This was many years before it was used in Georgia itself,” Segni told Jerusalem Post.

The inscription mentions Bishop Procopius, who ordered the church’s construction.

The excavation team was led by Dr. Alexander Fantalkin of Tel Aviv University’s Archeology and Ancient Near Eastern Civilizations Department, and Prof. Angelika Berlejung of Leipzig University, the Jerusalem Post reports. Fox News adds that experts from the Israel Antiquities Authority and the University of Gottingen also participated in the project. It was the team’s third season digging at the site, and so far, its most fruitful.

Ancient City Yet to Be Uncovered

Ashdod-Yam (Ashdod-sea) was the neighbor of Ashdod, an important urban center in early Byzantine times (the Byzantine era extended from 330 AD–1430 AD.)

Ashdod is believed to be home to the world’s largest community of Georgian Jews—Jews who migrated from the nation of Georgia. Ashdod, then called Azotos, is the only ancient Philistine city mentioned in the Christian Bible’s New Testament.

It is believed the famous Georgian prince and bishop Peter the Iberian lived in Ashdod-Yam before his death.

“We know from historical sources and a representation on the Madaba map (a contemporary mosaic map located in Jordan, from the sixth century) that the region’s center of gravity shifted from Ashdod to Ashdod-Yam during the Byzantine period,” Dr. Alexander Fantalkin told the Israeli journal Haaretz.

“Obviously, the ruins of the Roman-Byzantine city of Ashdod-Yam are waiting beneath the dunes,” Fantalkin added.

The city of Ashdod-Yam was occupied at least as far back as the late Iron Age (eighth to seventh centuries B.C.), and through the Hellenistic Period (323-31 B.C.)

“Ashdod-Yam, known in sources from the period as Azotos Paralios, covered a large area, and the renowned Madaba Map shows it with public buildings, including churches and a street flanked by colonnades,” according to the Israeli Antiquity Authority.

Antiquity Authority archeologist Sa’ar Ganor told the Jerusalem Post, “Testimony to the presence of the actual Georgians in the Land of Israel as far back as the Byzantine period has been found dozens of kilometers from Ashdod, [as well as in] Jerusalem and its surroundings, but this is the first time that a Georgian church or monastery has been discovered on the Israeli coast.”

“It’s interesting that, like today, Ashdod was a focus of attraction for Georgians,” he added.

Like Fantalkin, Ganor believes that the rest of the city is awaiting excavation from beneath the dunes.

“This public structure, which has only now begun to come to light, is part of an extensive archeological complex in the southern part of modern Ashdod,” he said.

”We are now hard at work to raise additional funds to continue the archeological excavation of Ashdod-Yam.”