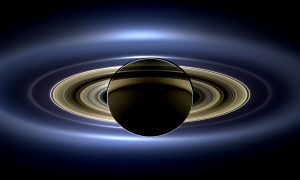 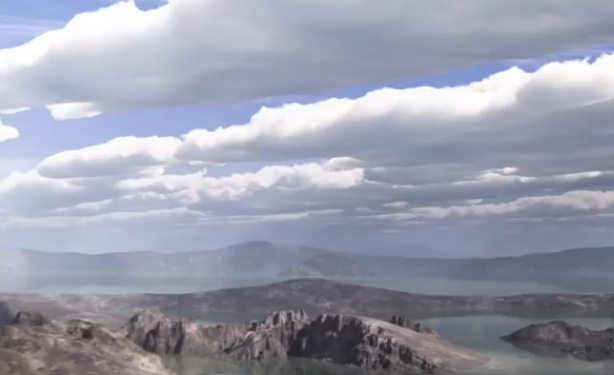 Mars was not always the cold, barren desert world it appears to be today. Billions of years ago, it had a warm atmosphere and vast life-supporting oceans.

NASA’s Mars Atmosphere and Volatile Evolution (MAVEN) mission will investigate the dramatic climate change that took place on Mars. That process of change has been rendered by sophisticated computer animation in the video below. As time passes,  the lakes dry up or freeze, and the blue skies turn to the dusty pink and brown of today’s Red Planet.

According to Joseph Grebowsky at NASA’s Goddard Space Flight Center in Greenbelt, Md., study of Mars’s surface features and mineral compositions suggest that ancient Mars had a denser atmosphere and vast surface water.

“There are characteristic dendritic structured channels that, like on Earth, are consistent with surface erosion by water flows. The interiors of some impact craters have basins suggesting crater lakes, with many showing connecting channels consistent with water flows into and out of the crater. Small impact craters have been removed with time and larger craters show signs of erosion by water before 3.7 billion years ago,” says Grebowsky in a NASA release.

MAVEN, which launches later this month and won’t arrive at Mars until September 2014, will investigate how Mars lost its atmosphere.

“The leading theory is that Mars lost its intrinsic magnetic field that was protecting the atmosphere from direct erosion by the impact of the solar wind,” said Grebowsky.

MAVEN will also work with other missions to try to determine if hospitable conditions on Mars lasted long enough to have supported life.

The video is a highly sophisticated rendering and one of the most complex animations NASA has produced, according to lead animator Michael Lentz of Universities Space Research Association.