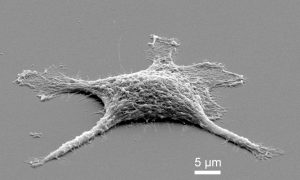 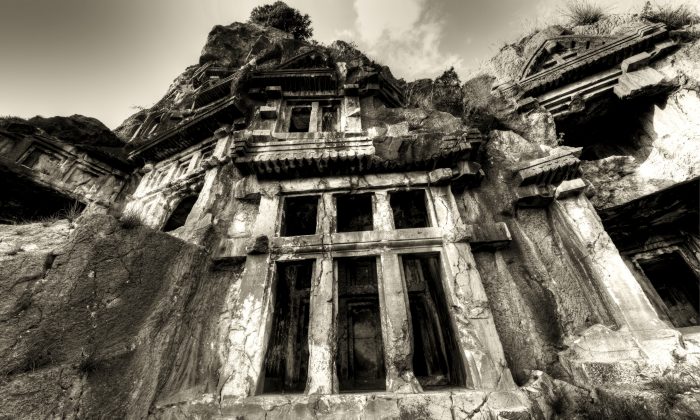 A file photo of rock-cut tombs in the ancient Greek city of Myra. (Demre/iStock)
archaeology

It isn’t only modern society that has become fascinated by the undead. Ancient Greeks on the island of Sicily had a fear of revenants so dire they weighed bodies down with rocks and amphora pieces to keep them from rising from their graves to haunt the living.

On the other hand and paradoxically, wrote postdoctoral fellow in the department of history of art and architecture at the University of Pittsburgh Carrie L. Sulosky Weaver in a Popular Archaeology article, the Greeks also tried to contact the dead for divination through a practice called necromancy. Spells inscribed on sheets of lead were placed in graves during nighttime ceremonies, entreating the dead to help with all sorts of tasks from avenging murder to gaining advantage in business.

Archaeologists working in a large cemetery near Kamarina, an ancient coastal town in southeast Sicily, have exhumed 2,905 bodies and excavated burials goods. In the necropolis (“city of the dead”) called Passo Marinaro, in use from the 5th through 3rd centuries B.C., researchers found grave goods including coins, figurines, and terracotta vases.

They also found two bodies weighed down at the head, feet, and torso with large stones and amphorae, apparently to keep them in their place.

They also found two bodies weighed down at the head, feet, and torso with large stones and amphorae, apparently to keep them in their place—the land of the dead, or Hades.

“For the ancient Greeks, the dead were subjects of both fear and supplication. Necrophobia, or the fear of the dead, is a concept that has been present in Greek culture since the Neolithic period. At the heart of this phobia is the belief that corpses are able to reanimate and exist in a state that is neither living nor dead, but rather ‘undead,'” Weaver writes in her paper published in Popular Archaeology magazine. “These liminal figures are deemed to be dangerous because it is understood that they leave their graves at night for the explicit purpose of harming the living. As a means of protection, the alleged undead were pinned in their graves or ritually ‘killed.’ Paradoxically, the Greeks also practiced necromancy, the purposeful invocation of the dead.”

The first of the two burials contained a body of indeterminate sex who had been sick and severely malnourished. This person’s head and feet were entirely covered with large fragments from amphorae. “The heavy amphora fragments found in Tomb 653 were presumably intended to pin the individual to the grave and prevent it from seeing or rising.”

The other grave had the remains of child, also of indeterminate sex, 8 to 13 years old at the time of death. The body had five large stones on top it. She wrote that: “Greeks imagined scenarios in which reanimated corpses rose from their graves, prowled the streets and stalked unsuspecting victims, often to exact retribution denied to them in life. Even those who could not physically leave their tombs posed a threat, because mediums could easily invoke restless spirits and cajole them into committing heinous acts. These ideas were mainstream.”