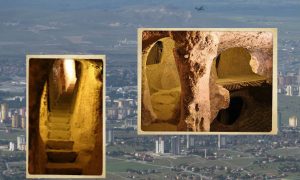 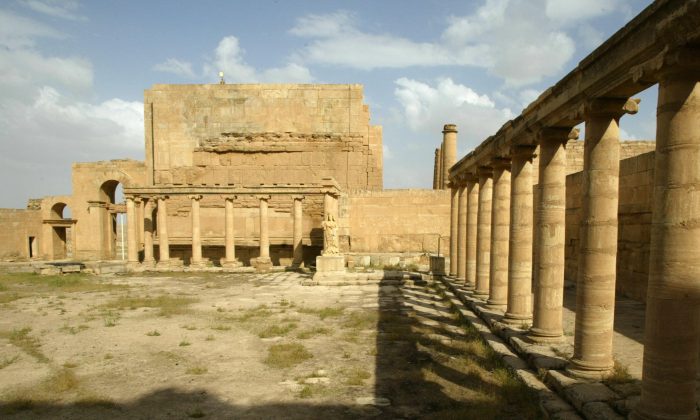 Within days of Islamic State (ISIS) releasing a video showing their destruction of sculptures in the Mosul museum and the ancient city of Nineveh, reliable reports emerged that the obliteration of Iraq’s past had expanded to include the architectural treasures of Nimrud and, most recently, Hatra.

Lying to the south of the modern city of Mosul, these two archaeological sites were among the best preserved in Iraq. There was only a slim chance that these impressive archaeological remains would be overlooked by ISIS since an attack on them would guarantee world attention. These acts are not only an attack on the people of Iraq but also on the roots of our modern, urbanized world. So what exactly are we losing?

Iraq occupies the territories described by Greek geographers of the early centuries B.C. as Mesopotamia, the land between the rivers Tigris and Euphrates. It was here that the world’s first cities, such as Uruk and Ur, emerged around 3500 B.C. on the fertile plains at the head of the Persian Gulf, along with the invention of writing and the codification of laws.

In north Mesopotamia, the kingdom of Assyria developed as a powerful state. Between 900 and 620 B.C. it established itself as the world’s first extensive empire, unifying a region reaching from the Persian Gulf to Egypt. Nimrud was the empire’s first great capital city.

Although an immensely ancient town dating back to 5500 B.C., Nimrud was developed into an imperial center by King Ashurnasirpal II from about 880 B.C. The result was a walled city covering some 3.5 sq km, with a prominent “citadel” mound on which were erected enormous administrative and religious buildings. These structures included the palaces of several Assyrian kings as well as temples, including that of Nabu, the god of writing.

Indeed, it was scribal administration as much as military might that held the Assyrian empire together. These buildings were centres of learning, gathering knowledge into libraries. Information was written on clay tablets in the cuneiform script of Mesopotamia and thousands of such texts were discovered by archaeologists at the later Assyrian capital of Nineveh. Such was its importance and splendour that the city, known to the Assyrians as Kalhu, that it appears in the Old Testament as Calah.

The greatest of the buildings at Nimrud was undoubtedly the Palace of Ashurnasirpal. This was a huge mud brick structure with many rooms ranged around open courtyards. The walls of the most significant rooms were lined with huge slabs of gypsum carved in relief with images of the king hunting dangerous wild animals, defeating hostile people, and undertaking religious rituals. These were some of the earliest visual representations of historical narratives, carved with astonishing attention to detail.

Archaeologists call this building the North-West Palace. It was first excavated by the British explorer Austen Henry Layard between 1845 and 1851. Layard’s work was supported by the British government and the majority of his finds, including many examples of the carved stone panels and sculpted gate colossi, were transported to the British Museum. While examples of relief slabs were also sent to museums and institutions around the world, many were left where they were found and reburied.

Further excavations at Nimrud took place in the 1950s and 1960s by Max Mallowan, husband of the crime writer Agatha Christie. This work reconstructed the complex plans of the palace, and other buildings on the citadel.

Large parts of Ashurnasirpal’s palace were then investigated by Iraqi archaeologists during the 1970s and 1980s, and their work included the re-installation and repair of fallen stone reliefs, many with traces of the original paint that covered them. The winged bull statues that guard the entrances to the most important rooms and courtyards were also re-erected.

This restoration project also revealed several tombs of Assyrian queens that lay below the floors in one area of the palace. The finds, which are now securely stored in Baghdad, were truly astonishing and included gold jewellery and crowns, bronze and gold bowls, and ivory vessels. The technical skill and aesthetic sense of the artisans responsible are unrivalled in the ancient world.

The reconstruction of the palace also allowed visitors, including regular parties of school children, to experience the buildings’ scale and beauty, as well as bringing scholars closer to understanding its role in the lives of the ancient Assyrians.

While Nimrud represents the glories of empire, Hatra reflects mercantile enterprise. The city flourished in the first two centuries A.D. as part of an extensive trade network that connected it with Palmyra and Petra. It was the center of one of the region’s first Arab kingdoms and its massive walls withstood attacks by the armies of the Roman emperors Trajan and Septimius Severus. Behind the enclosing walls of the city were constructed architectural gems, including a number of spectacular temples erected on a massive platform. The compelling fusion of Greek and Mesopotamian art and architecture made it an especially beautiful place. Its importance was recognized in 1985 when Hatra was designated a UNESCO World Heritage Site.

Iraqis are justifiably proud of this ancient heritage and its innovations and impact on the world. The intellectual and cultural achievements of Mesopotamia were shared with ancient Greece and then expanded by the scholars of Baghdad during the 8th to 13th centuries in a golden age of Islamic art and learning.

We are witnessing the destruction of this priceless legacy—and these stories mean that Libyan are now also fearing for their own rich heritage. The international community must act to support the government of Iraq in stopping further terrible violence against such unique and irreplaceable heritage that holds so much meaning for us all.

Paul Collins is curator for Ancient Near East at the Ashmolean Museum, University of Oxford, in the U.K. This article was originally published on The Conversation.