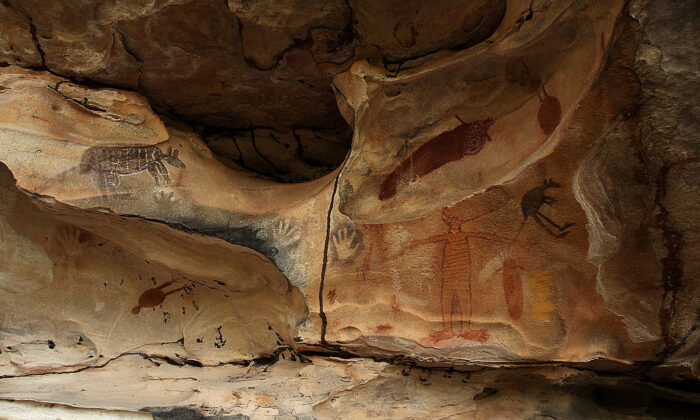 Ancient Bone Tools in WA Dated to Be Over 35,000 Years Old

Four bone tools discovered in Western Australia have changed how archaeologists think of ancient northern Australian indigenous societies after the tools were reevaluated to be between 35,000 and 47,000 years old—making them among the oldest of their kind in Australia.

The findings published in the International Journal of Osteoarchaeology in February come after a similar discovery in 2016 of a roughly 46,000-year-old nose piercing made from kangaroo bone. Prior to this, bone tools were believed by some to only have existed as early as 20,000 years ago.

Dr Michelle Langley, from Griffith’s Australian Research Centre for Human Evolution and Forensics & Archaeology, said it was once believed that bone tools did not play an important role in the ancient indigenous society’s in northern Australia.

However, they had been used in the cooler parts of Australia and Tasmania, where communities used the skins for protection against the cold.

“We once thought that bone tools were not so important in the north of Australia and were only brought into the toolkit relatively recently,” Langley said. “These tools show that wasn’t the case – they were always made and used; we just hadn’t found them because they haven’t been surviving long time periods in the hostile preservation conditions of northern Australia.”

The artifacts, found in a limestone cave in the Kimberley between 1999 and 2013, indicate a wide range of uses by indigenous Australians—including making baskets, working with animal hides or processing of spinifex resin (used as an adhesive in tool-making), and fish or bird hunting.

Some of the tools were made of kangaroo leg bone, while others were made from bird bone.

One of the kangaroo bone tools exhibited teeth marks, demonstrating the tool was either a consumed kill or was held between the teeth with some force.

Jane Balme, professor of Archaeology at the University of Western Australia, says the discovery provides a better insight into the lives of early Australians.

“They provide a window into a greater diversity of activities undertaken by people than are revealed by stone artefacts alone,” Balme said.

In Europe, archaeological research into bone technology began around 150 years ago, with interest in African bone artefacts growing since the 1970s.