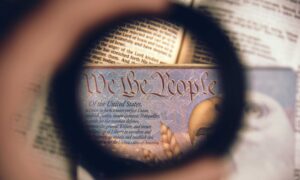 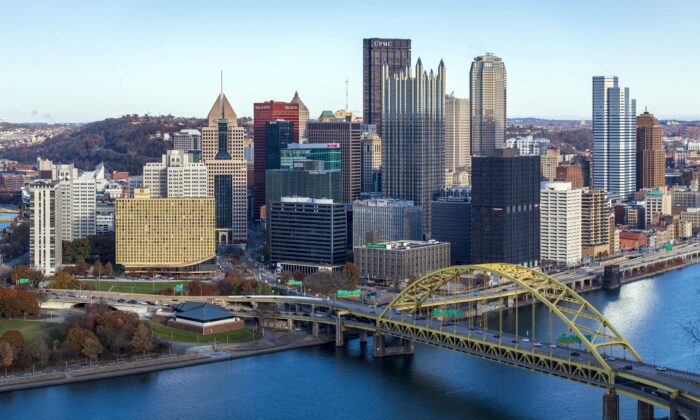 A view of Pittsburgh, Pennsylvania, from the Duquesne Incline. (SkiEngineer/Wikimedia Commons, CC4.0)
Viewpoints

Drive, walk, or cycle past the remnants of it today, and traces of what used to be are everywhere along the hollow of the rolling Allegheny Mountain neighborhoods that lead out of the city proper from the banks of the Allegheny River to the suburbs of Pittsburgh.

The remnants of homes, schools, offices, root cellars, and even the stone walls of a rose garden stare back at you like ghosts, begging to be remembered as their ancient foundations advance in decay every year.

Only St. Boniface Roman Catholic Church remains, a lonely sentinel that survived what former residents felt to be a massacre of their community. The nearly 100-year-old structure shares an uneasy relationship with an interstate that passes so close to its stained-glass windows that it appears to the driver they are nearly skimming its limestone-encased dome.

The people who lived, worked, worshiped, and thrived here were a community that was one of the pillars of things that made Pittsburgh great: its numerous neighborhoods. Many of them were built by the hands of immigrants who set up footholds here as far back as the beginning of the 19th century.

They were mostly working-class or middle-class families, living above or next door to the small shops they owned. They were a community, but to many politicians and city planners, they were expendable because they had little political influence. That made their homes and their community disposable.

In April 1954, a report prepared by Pittsburgh’s regional and city planning groups concluded that a high-density highway facility was necessary to serve the suburbs. For the next nine years, both the Pennsylvania Department of Transportation and the city of Pittsburgh studied corridor alignments for the East Street Valley Expressway.

Civic leaders had done the same to the Hill District neighborhood in the 1950s, when demolitions began to clear land for the Civic Arena. The lower Hill District neighborhood, to many black, Italian, Serbian, and Jewish Pittsburghers, is still seen as the cultural melting pot where their families first settled. The Italians and Serbians had come from their home countries; the Jewish population had come from Lithuania, Poland, and Ukraine; and black people had migrated from the South.

The city leaders saw the Lower Hill as an incubator of riffraff. It was overcrowded and boisterous. The races were either brown or browner than the planners, and nearly all were multilingual and multicultural. And they were in the way of city planning.

My grandmother used to tell wistful stories sitting on the stoop of the boarding house they lived in on Yuba Way, talking to her neighbors. Although she and my grandfather moved before the government came for those homes, often giving the working-class poor only months to relocate, she wept when she saw the photos of the wrecking balls first plunge into the heart of St. Peter’s Roman Catholic Church.

She mourned the loss of its Lourdes Shrine, an ornate grotto that extended onto Yuba Way. She had watched it being built as a 10-year-old girl; she could recall until the day she died the religious figures carved into the structure.

Nearly 2,000 homes and businesses were taken from East Street Valley by the late 1970s. More than 8,000 people and nearly 500 businesses were taken from the Lower Hill District. They are not alone. No matter where you live in this country, hundreds of neighborhoods, farms, and communities, the residents of which had little capital, have been erased, often without a trace, in the name of progress that tends to benefit the elite class.

Earlier this month, Secretary of Transportation Pete Buttigieg said in an interview, “There is racism physically built into some of our highways.” But the problem is that when you make everything about race, you are often unable to reach people who would normally be sympathetic to your cause.

There is a fair enough argument to make that it is also elitism that is physically built into some of our highways, that dismissive contempt for working-class and low-income families of every color has always played a decisive role in infrastructure development and city planning. Because of that contempt, they could not stop the demolition of their communities, and lord knows they tried.

There is also an argument to be made that the seeds of our resentment we hold toward those cultural curators, such as the planning commissions that demolished the heartbeats of these neighborhoods, began when our parents and grandparents fought and lost the hard battles to save their communities. The division between insiders and outsiders continues to divide the nation.