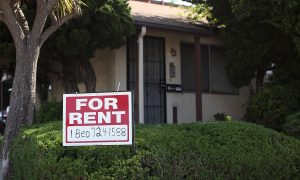 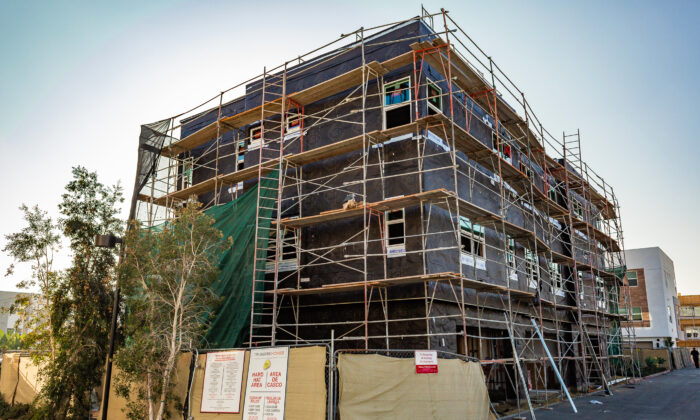 A business representative has delivered a mixed economic forecast to members of the Southern California Association of Governments (SCAG) at the group’s current two-week session.

Randall Lewis, a non-voting member and business representative on the council who specializes in real estate, recently gave his regularly scheduled economic assessment to the group, which members say provides accurate information for planning.

Lewis told the group, which is holding virtual hearings through Jan. 22, to consider state-mandated housing allocations throughout the region, that many small businesses are likely to go under soon.

“The big story on closings is going to be the small independent retailers and restaurant owners,” Lewis said. “And we expect that we’re going to see a significant number of them throw in the towel in February, March, and April.”

He also told members that while the office-retail market was likely to rebound, an increasing number of small business owners are likely to leave the state.

“The California exodus, which we’ve all heard a little bit about, is continuing,” Lewis said. “And if anything, it’s going a little bit faster.”

But Lewis was more bullish on real estate in the near future.

The “for-sale housing market … continues to be strong, especially near job centers,” he said.

Lewis has been appointed by consecutive SCAG presidents for many years. He has been a fixture at SCAG meetings, and is known for his unwritten monthly business reports and economic forecasts.

“One thing about Randall is he’s not political,” she said. “He tells you ‘I’m not left or right wing’ … and that’s what I’ve always appreciated about him.”

Huang said members can always count on Lewis for straight talk and real-time data. His reports “are more than accurate. He has been a great predictor,” she said.

She recalled that Lewis made predictions about commercial vacancies that were reported in The Wall Street Journal a month or two later.

“So he’s been very good. I found out from him, for example, that the cost of lumber went up, and it added $15,000 to the housing cost per unit in Southern California,” she said.

Lewis’s family owns The Lewis Group, “a pretty big player in the building industry in Southern California,” Huang said. “So he talks to a lot of trade groups, and because of that, his data is real-time. You may not see it published anywhere.”

The push for higher-density housing in Southern California is likely to grow, according to Lewis. Developers will have to build high-density housing to reduce the price of homes and rent costs.

“You’re going to see a lot of the builders and developers trying to … shift towards more cost-effective density” because of expected increases in interest rates and costs of construction materials, especially lumber, he said.

Apartment occupancy rates are higher now than they were two months ago, Lewis said.

“It’s still a big challenge collecting rent, and we still face this eviction cliff. We’re going to have a real challenge nationally and in California what to do when people … figure out that they owe a lot of rent.”

Though the office real estate market is way down, there are “glimmers of hope,” he said.

“Two months ago it was terrible,” said Lewis, but now there is light at the end of the tunnel.

“A lot of the office owners and developers we talked to were saying COVID is not going to be here forever. Companies are going to want to get employees back,” he said. “So I’m encouraged to hear that some of the office developers are saying … they think it’s going to get a little bit better.”

In the retail and restaurant sectors, the forecast has not changed much.

“Unfortunately, there’s not much new news. It’s the same story: The good are doing well; the bad are doing terribly,” Lewis said.

Normally, in January, there is talk about which big retail chains have closed, “but there haven’t been that many,” he said.

In addition to billionaire entrepreneur Elon Musk—known for his signature companies Tesla and SpaceX—moving some company offices to Texas, Oracle, Hewlett-Packard, and other large corporations have also announced they are leaving the state, Lewis said.

But he added that the exodus includes more than just businesses.

“It’s not just the corporate side. We’re hearing it from the retirees’ side and from a lot of young families,” he said.

“In our company, out of our top 25 people, five retired in the last year. All five of them are moving out of state. Two are going to Montana, two are going to Texas, and one chose to go to Florida,” Lewis said.

In almost every case, people are leaving California because of “taxes and other problems,” he said.

Hector Pacheco, a regional councilmember from San Fernando, asked Lewis for his analysis about which workers will have jobs after the pandemic subsides.

Lewis cautioned the regional councilmembers not to lose sight of other economic factors looming on the horizon as the nation continues to deal with the COVID-19 pandemic. He predicted job losses as a result of robotics and artificial intelligence (AI).

“There are some cyclical changes, and what we call structural changes,” he said.

“Some are because we’re in cycles; some are because of the pandemic; but some are much bigger. A big one I still worry a great deal about is robotics, and what robotics is going to do with artificial intelligence.”

Robotics and AI “are going to do some really wonderful things,” he said, but will both “result in significant job losses in our region,” within the next five years.

“So, on the job front, I’m probably not as optimistic as I am on other things.”