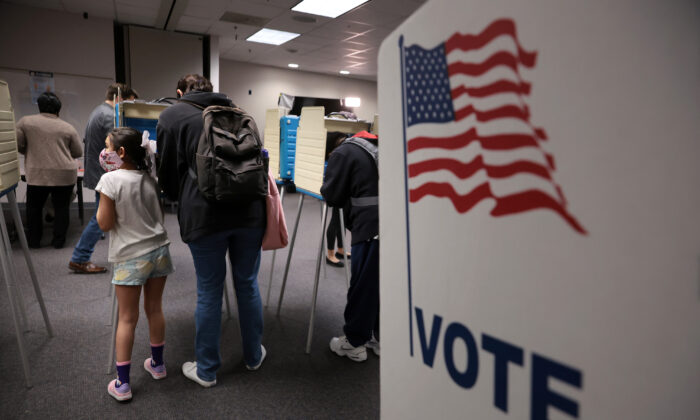 Analysis: Over 1 Million Voters Switch to GOP in Warning for Democrats

At least 1 million voters across 43 states have switched to the Republican Party in the past year alone, according to an analysis released by The Associated Press on June 27.

AP said that it compiled ballot intentions to make the finding, noting that the shift is happening more frequently in suburbs. Over the past year, far more people are switching to the GOP across suburban counties from Denver to Atlanta as well as Pittsburgh and Cleveland, it said.

The data were sourced by political research firm L2, which provided information on 1.7 million voters who likely switched their party affiliations across 42 states. L2 said it used state voter records and statistical modeling to figure out party affiliation.

In the past 12 months, about two-thirds of the 1.7 million voters who changed their party affiliation shifted to the Republican Party. Around 630,000 people switched to the Democratic Party in the same time period, according to AP.

“Biden and Democrats are woefully out of touch with the American people, and that’s why voters are flocking to the Republican Party in droves,” Republican National Committee Chair Ronna McDaniel told The Associated Press, appearing to confirm the news service’s data.

She said that “American suburbs will trend red for cycles to come” due to “Biden’s gas hike, the open border crisis, baby formula shortage, and rising crime.” The Epoch Times has contacted the RNC and Democratic National Committee for comment.

Amid elevated gas prices and decades-high inflation, Republicans have frequently targeted Biden and his policies. They say that executive orders signed by the president in 2021, including ending the Keystone XL pipeline and stopping new oil drilling leases for federal lands, have contributed to the economic turmoil.

Jessica Kroells, of Larimer County, Colorado, said she can’t vote for Democrats any longer, although she did until 2016.

“The party itself is no longer Democrat, it’s progressive socialism,” she said, specifically condemning President Biden’s and Democrats’ plans to eliminate billions of dollars in student debt.

Some longtime Democratic pollsters, meanwhile, have sounded the alarm for the 2022 midterms.

“These economic blows are just one element in a cascading set of problems all hitting at the same time. It combines the nuclear anxieties of the 1950s and ’60s with the inflation threat of the ’70s, the crime wave of the ’80s and ’90s, and the tensions over illegal immigration in the 2000s and beyond,” Mark Penn, a Bill Clinton pollster, wrote for The New York Times in late April.

“This electorate is not experiencing a malaise, as President Jimmy Carter was once apocryphally said to have proclaimed, but has instead formed into a deep national fissure ready to blow like a geyser in the next election if leadership does not move to relieve the pressure.”