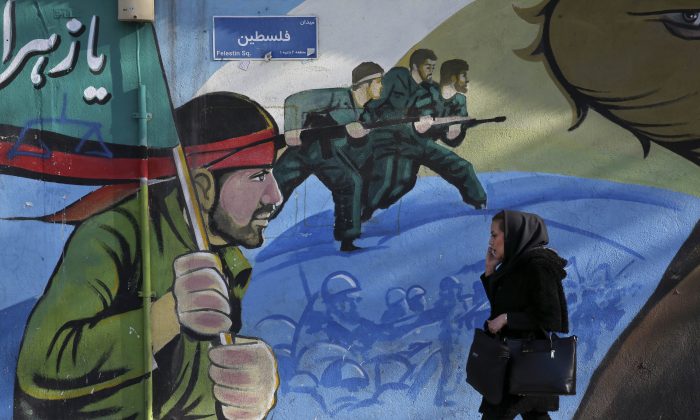 DUBAI, United Arab Emirates—The lifting of crippling international sanctions linked to Iran’s nuclear program and the flurry of diplomacy that led to the release of Americans held by Tehran suggests a new era could be dawning. But anyone hoping for rapid change is likely to be disappointed.

It will take time for the economic benefits to trickle down to ordinary Iranians, but the goodwill from the deal could translate into electoral gains for moderate and reformist candidates.

President Hassan Rouhani and his team have plenty to celebrate now that nuclear sanctions have been removed.

The moderate leader promised to boost Iran’s struggling economy and improve its relations with the wider world during his 2013 campaign. The nuclear deal achieves both aims.

He hailed the deal Sunday, Jan. 17, as a way to open “new windows for engagement with the world,” and said fresh investments and newly freed overseas assets could kick-start the transformation of a country struggling with high unemployment and inflation. At the top of the shopping list are more than 100 planes from Europe’s Airbus.

Rouhani still faces intense opposition from hard-liners who fear Iran’s opening to the outside world leaves it exposed to corrupting foreign influences.

It will take time for the economic benefits to trickle down to ordinary Iranians, but the goodwill from the deal could translate into electoral gains for moderate and reformist candidates in parliamentary elections late next month. Voters will also select members of the 88-seat Experts Assembly, an influential clerical body that picks a successor for the 76-year-old supreme leader, Ayatollah Ali Khamenei, in the event of his death.

Rouhani may have pushed for the rapid implementation of Iran’s commitments under last summer’s nuclear deal, ensuring faster sanctions relief, with the electoral timetable in mind.

But he still faces intense domestic opposition from hard-liners who believe he has given away too much, and fear Iran’s opening to the outside world leaves it exposed to corrupting foreign cultural influences.

In the months leading up to this past weekend’s implementation of the nuclear deal, Iranian authorities pursued a renewed crackdown on free expression, jailing several writers and artists, including award-winning filmmaker Keywan Karimi.

The November anniversary of the 1979 takeover of the U.S. Embassy in Tehran drew thousands of demonstrators, who burned American flags and hoisted signs denouncing McDonald’s and Starbucks.

That hard-line pushback also helps explain paradoxes like the fact that officials, including Foreign Minister Mohammad Javad Zarif, tout the deal’s benefits on Twitter even as Iranian censors block the site and other social media services at home.

Khamenei, Iran’s top decision-maker, has left little doubt where he stands on the question of whether the opening with the West should lead to a relaxing of conservative values. During a speech to prayer leaders this month, he warned that “one of the main objectives of the enemies of Islam and the Iranian nation is to change the culture and moralities of people, particularly their lifestyle.”

Those hoping for greater openness in Iran will face resistance from entrenched interests such as the powerful Revolutionary Guard, notes Cliff Kupchan, the chairman of the Eurasia Group. He predicts “a path of slow, non-linear political and economic liberalization” in the wake of the deal’s implementation.

“Khamenei has been intent on showing that the deal is a one-off, not a détente,” Kupchan wrote. “And for some years the Leader will need the image of the ‘Great Satan’ to legitimize his rule in the eyes of key constituencies—the (Revolutionary Guard), conservative clerics, and the pious poor.”

For all the conversations U.S. Secretary of State John Kerry and Zarif have had over the past few years, the fact remains that they represent countries that do not have formal diplomatic relations.

Official ties were severed after the 1979 Islamic Revolution and the storming of the U.S. Embassy. Wide-ranging U.S. sanctions imposed over the years and unrelated to Iran’s nuclear program remain in place. That will complicate American companies’ ability to do business in the Islamic Republic.

Still, the two diplomats have forged a working relationship that can at times bear fruit.

Months of negotiations resulted in the release of four Iranian-Americans from prison, including Washington Post journalist Jason Rezaian, in exchange for seven Iranians held in the U.S., six of them also dual nationals. A fifth American held in Iran, student Matthew Trevithick, was also released.

And rapid-fire diplomacy managed to get 10 U.S. Navy sailors and their boats released from Iranian custody in less than 24 hours last week—an unthinkably quick turnaround compared to past cases where foreigners found themselves in Iranian territory.

But there are limits.

Iranian-American businessman Siamak Namazi, who is believed to be detained in Iran, was not part of this weekend’s prisoner swap. Also still missing is former FBI agent Robert Levinson, who disappeared in Iran in 2007 on an unauthorized CIA mission.

Meanwhile, Iran remains a staunch backer of Syrian President Bashar Assad, putting it at odds with the U.S. and Sunni Arab powers including Saudi Arabia, even as it shares the West’s interest in defeating the ISIS terrorist group. In Yemen, a U.S.-supported, Saudi-led coalition is fighting to roll back gains by Iranian-backed Shiite rebels.

And mistrust runs deep on both sides.

Rouhani said Sunday that even with a deal in hand, Iranians will not easily trust the U.S. because “our people have suffered from plenty of promise-breaking,” the official IRNA news agency reported.

In Washington, President Barack Obama hailed the American prisoners’ release and the implementation of the nuclear accord as victories for “smart” diplomacy, declaring that “this is a good day.”

Not long before, his administration announced new sanctions against Iran—this time on 11 people and entities involved in the country’s ballistic missile program.