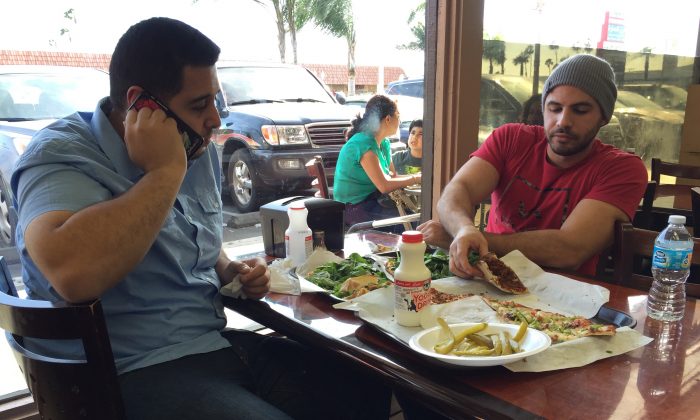 The Anaheim City Council Aug. 23 designated a mile-long portion of the Brookhurst corridor, between Broadway and Ball Road, as “Little Arabia.”

The corridor contains a variety of buildings ranging from retail, office, and commercial to residential. The highest concentration of Middle Eastern-serving businesses is contained in the Brookhurst corridor, more than in any other part of the city.

The council voted 5–0 in favor of the name designation. Mayor Pro Tem Trevor O’Neil favored but abstained from the decision, wanting to be more deliberate with the issue. “There is a process to make it happen and I’m not ready to make that determination tonight,” O’Neil said.

Councilman Jose Moreno, who made the motion, said that for years nearly all media agencies have referred to the area in Anaheim as “Little Arabia” already. “We ourselves as a city already highlight Little Arabia in practice, so why not formally do so tonight?” Moreno said.

Moreno said the name designation is “to affirm and formally recognize a valued cultural and economic space in our city.” He said that it’s important to recognize areas in more ways than just for economic benefits.

The Arab American Civic Council provided Moreno with statistics to present during the Tuesday meeting. Since 1944, Arabians in the United States were counted in the “white” demographic, and since then little information has been collected regarding the culture, according to the Arab Council.

Inconsistent data has led some to believe the number of Arab-Americans in Anaheim is small, but Moreno said because they’re identified as white, the data about the population lacks consistency.

“That’s a huge cultural question of why being named is so important—it allows you to be seen and for our city to say we see you … it’s critical work,” he said.

According to the Little Arabia District’s website, the area’s growth skyrocketed in the 1990s, with immigrants arriving from Arabia. It is home to Arab-Americans from Palestine, Syria, Lebanon, and Egypt.

Arab-American businessmen helped kick off the growth of Arabs in the area by buying beat-up homes and selling them to Arab immigrants. They also bought commercial properties and started new businesses.

In a recent poll by the U.S. Immigration Policy Center, 58 percent of registered voters in Anaheim support an official “Little Arabia” designation, and 75 percent of voters who have visited the area backed the designation.