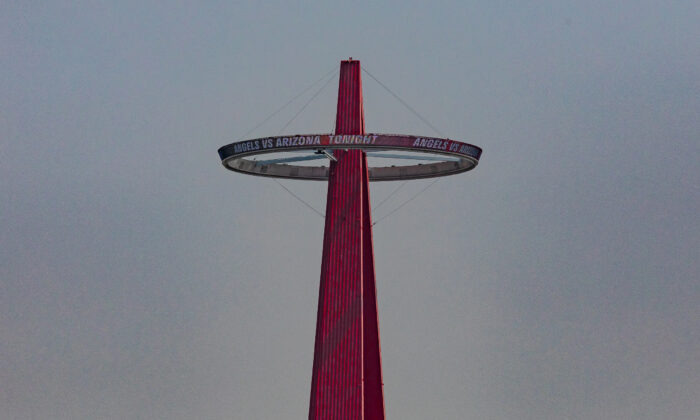 Anaheim Political Consultant Among Many Suspected of Corruption in FBI Probe

ANAHEIM, Calif.—A multi-year FBI investigation in Anaheim has brought to light possible corruption among a network of officials and consultants and has stirred theories about who might be involved.

A criminal complaint filed May 16 in federal court against former Director of the Anaheim Chamber of Commerce Todd Ament mentions several conversations between him and a political consultant. Some media organizations have suggested political consultant Jeff Flint might be the person named “Political Consultant 1” in the federal investigation.

A second court action filed the same day that details possible corruption involving Anaheim Mayor Harry Sidhu also mentions “Political Consultant 1” but it is not clear whether that is the same person in the criminal complaint.

The FBI is investigating Sidhu for possible corruption involving the sale of Anaheim’s Angel Stadium. The bureau alleges that Sidhu discussed the city’s negotiating information with the Los Angeles Angels during the negotiating process for the stadium’s sale, possibly in exchange for a campaign donation.

He has not been charged or indicted. Sidhu’s attorney Paul Meyer told The Epoch Times May 20 that it was too early to comment on the allegations.

Flint was also a consultant for the statewide Yes on 8 campaign, a proposition and state constitutional amendment intended to ban same-sex marriage. It passed in November 2008 but was later overturned in court.

The FBI recorded several phone calls between Ament and “Political Consultant 1” during its three-year investigation, according to FBI agent Brian Adkins.

“I believe that this dynamic is important to show how AMENT and Political Consultant 1 were able to orchestrate the fraudulent schemes detailed below with such ease,” Adkins wrote.

Flint disclosed several contacts with city officials during the stadium sale negotiations in 2020, including Sidhu and City Manager Jim Vanderpool, as the lobbyist for Moreno’s SRB Management.

“I have no hesitation in saying that I firmly believe I did nothing wrong nor illegal,” Flint said.

Flint did not return requests for comment by press time.

The Anaheim City Council is expected to discuss the future of the stadium deal at its regular meeting May 24. The $320 million deal to sell the stadium and 150 acres next to it was stalled this week by a district court judge following the corruption allegations.

Former Anaheim Mayor Tom Tait was involved in the Anaheim stadium issue during his time in office. Tait told The Epoch Times he hoped the recent revelations would change the political culture in the city.

“I hope that this can be a wake-up call and that the city can really have a culture change,” Tait said. “With Anaheim, there’s so much money that comes in … and there’s just a lot of temptations. In the future, the city needs to be more vigilant. Hopefully, with more sunlight and transparency this won’t happen again.”