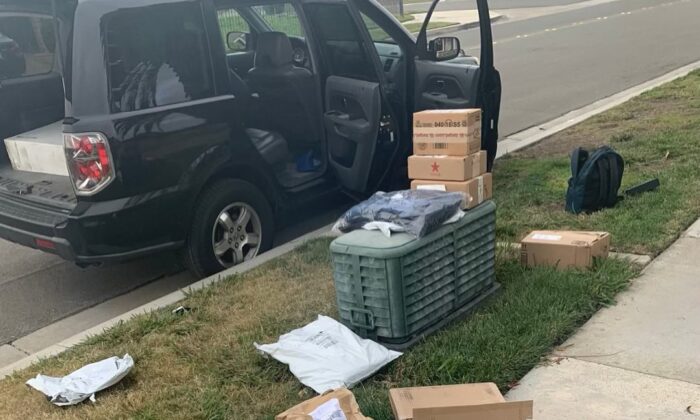 The package pirates were traveling around the Anaheim and Yorba Linda border in a Honda Pilot seeking freshly delivered packages when one victim captured the suspects’ car through a front-door camera, according to Anaheim Police Department Spokesperson Shane Carringer.

The victim immediately contacted Anaheim Police Department to report the crime. Shortly after, Srgt. Gonzales responded to the incident and was able to successfully locate the car along with two 17-year-old juvenile suspects, Carringer told The Epoch Times.

Both suspects were arrested, and 15 packages were delivered back to their owners.

It is unknown whether the suspects remain in custody.

Correction: A previous version of this article misstated the date of the package recovery, which happened on Dec. 16. The Epoch Times regrets the error.