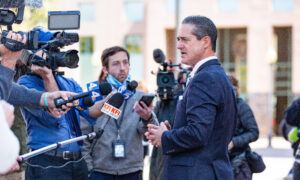 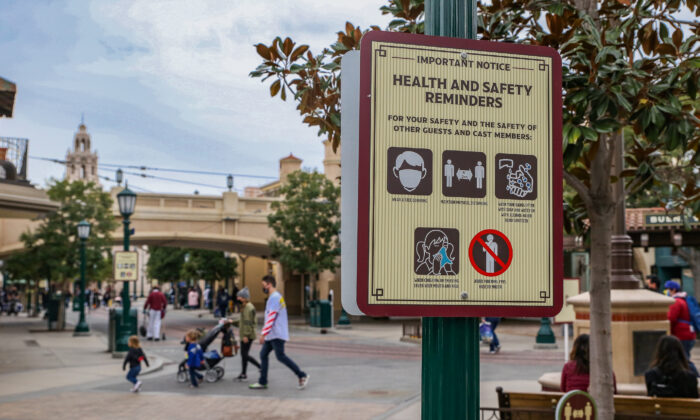 Anaheim Commissioner Removed After Refusing to Partner With Chinese City

Anaheim city council stripped a commissioner of his title for comments he made after refusing to partner with a Chinese city.

“They’re going to destroy me and my reputation, kick me off sister cities—which you voted to put me on—because I said, ‘China virus,’” Larsen told the council.

The issue began when the sister city commission, which works to develop Anaheim’s cultural and economic relationships with international cities, considered partnering with Pudong, China, on Feb. 22.

Pudong is a district within Shanghai where the Shanghai Disney Resort is located. Anaheim and Pudong have a “friendly city” relationship, but are not full-fledged sister cities.

Larsen said he was shocked by the commission’s consideration of a Chinese city, given how the CCP had lied for weeks about having the virus before informing the World Health Organization.

“I am stunned that anybody in Anaheim would consider such a thing,” Larsen said.

During the Feb. 22 meeting, commissioner Dara Maleki said: “I don’t know who our bigger enemy is—foreign or the domestic. We’ve got a pandemic; we’ve got a serious virus.”

Larsen said: “It’s called the China virus. The city of Anaheim is in the tank, and we’re going to invite them into our house?”

Chair Taline Cole interjected: “Larry, I’m going to stop you there. This isn’t the place to have political conversations.”

Larsen fired back: “I’m blown away that this city has taken that invite from China. And now we’re going to smack happy with these people? I’m absolutely stunned.”

Maleki said the commission chooses sister cities based upon similar industries, such as the Disney Resort.

However, Pudong has not made contact with Anaheim for about six years “because of Mayor [Tom] Tait and his relationship with the Dalai Lama,” Larsen said.

“The minute Mayor Tait was out of office, here comes Pudong knocking on the door.”

The city was notified of its dormant status with Pudong after a letter was sent to the commission encouraging a sister city relationship.

Community Services Superintendent Kimberly Kelemen said when it came to Pudong, the city of Anaheim was under the impression that everything had been completed. Pudong later circled back to say it had another consideration process, she said.

During the sister city commission’s March meeting, the Pudong item was agendized for discussion.

Larsen recommended that Anaheim send a letter to Pudong, informing a termination of the two cities’ relations because of the CCP virus pandemic’s impact on the Anaheim community.

“Our kids have been out of school for a year; the people are unemployed, the city for all intents and purposes is teetering on bankruptcy—and we want to court these people?” Larsen said. “It makes no sense to me at all. I can’t believe that anybody would even want to do that.”

Cole said: “I don’t think that people of Pudong, China, that live there every day, the citizens of that city, did anything to the city of Anaheim. Whether you feel you agree with their government or not, I think that’s a different issue.”

Larsen said that every industry within China is tied to the CCP.

“Taline, let me add something,” he said. “First of all, you have to be awful naive not to understand that not one thing is said or done in the country of China that isn’t government.”

Commissioner Brian Stanley agreed with Larsen, saying the CCP, being communist, doesn’t “fit” with Anaheim or the U.S.

Larsen said the CCP owes the city of Anaheim a payment for the damages it brought to schools, children, and the economy.

“Well, if Pudong, out of a gesture of friendliness or kindness or whatever word you want to use, wants to write a check for $150 million to Anaheim to reimburse us for the damage that’s been done, I would probably look kindly on that,” Larsen said.

The commission decided to take no action and leave the two cities in a “friendly city” relationship, rather than “sister cities.”

Councilman Jordan Brandman brought up removing Larson from his role during an April 13 council meeting, due to his comments during the sister cities commission meetings.

Brandman refused to refer to the commissioner by his name because “that person is not worth the dignity of having their name announced.”

During the April 27 city council meeting, Brandman agendized the removal of Larson.

“I believe that what was said at the February and March meeting by the commissioner in question does not represent what Anaheim stands for,” Brandman said during the meeting.

“He was given the opportunity to resign. He chose not to do so. It is incumbent upon us as an example, to do what we think, within the commission.”

Larsen addressed the council during the April 27 meeting; Brandman didn’t attend the public comments and arrived late to the city council meeting.

“Jordan Brandman has accused me of the most vile thing a person can be accused of, and that’s being a racist,” Larsen said.

“He raked me through the mud in trying to destroy my stellar reputation that I’ve worked my entire life in this city to develop. And then he doesn’t have the nerve to show up.”

Councilman Trevor O’Neil was upset with Larsen’s remarks during the council meeting.

“Tonight, rather than taking his comment time to tout his accomplishments, I wish that Mr. Larson would have addressed some of the things that he actually said during the sister city commission meetings,” O’Neil said.

“I would have liked to have heard an apology for his insensitive remarks.”

The council voted unanimously to remove Larsen from his position as commissioner.

“Anaheim is a diverse and global city and we are proud of that,” Mayor Harry Sidhu told The Epoch Times via email.

“The former commissioner’s comments were his own and do not speak for or reflect the city of Anaheim.”

Councilman Avelino Valencia said he didn’t expect Larsen to rescind his comments but was nevertheless unhappy with his remarks during public comment.

“At last night’s council meeting, Mr. Larsen had an opportunity to make things right, but instead opted to further reiterate his statements during public comment,” Valencia told The Epoch Times via email.

“While I believe that we all deserve an opportunity to learn and grow from our mistakes, it should not be at the expense of our community.”