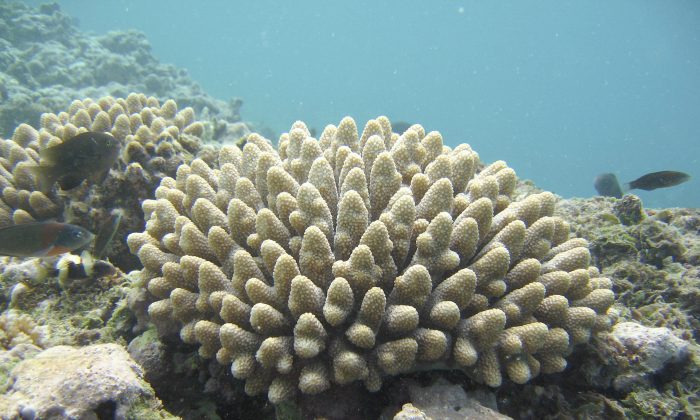 An Unprecedented Step for Corals

This summer, the National Oceanic and Atmospheric Administration took the unprecedented step of listing 20 species of stony corals as threatened under the Endangered Species Act (ESA). This decision represents a tenfold increase in the number of corals with ESA protections; previously only two corals – the elkhorn and staghorn corals – were considered threatened. The newly listed species included critical reef-building corals like the boulder star corals, which are the redwood trees of the reef – foundational species that have defined Caribbean coral reef ecosystems for many thousands of years.

I have witnessed the decline of boulder star, elkhorn, staghorn, and other corals firsthand on the reefs of the Florida Keys and Bahamas. Many coral colonies have dwindled and wasted away in the 15 years that I have been working as a coral reef scientist. Their decline is a troubling sign for the future of this amazing and diverse ecosystem. And you don’t have to take my word for it; just consider these before and after photos documenting the profound changes that have occurred during my lifetime.

NOAA’s decision to list these 20 species is a great first step in recognizing the problems facing corals and other reef wildlife. Yet most of the important actions needed to protect these species are still to come. Hopefully NOAA will establish rules under section 4(d) of the ESA to protect these threatened coral species.

Unfortunately there are myriad threats facing corals today, ranging from climate change and ocean acidification to severe overfishing fishing and pollution. Global-scale problems like rising sea surface temperatures and ocean acidification are incredibly difficult to address. Corals may naturally move to new locations or adapt to rising temperatures and ocean acidity. Along the Florida coast this is already happening, with staghorn corals found further north today than they have been for thousands of years. Conservationists and reef managers may even be able to help corals move and adapt. Yet corals can only move so far before the habitat becomes unsuitable, and our climate may change faster than the time it takes these long-lived and slow-growing animals to adapt. A long-term solution will require major reductions in greenhouse gas production, and the ESA listing alone cannot solve such a global problem.

Still, the ESA listing and subsequent measures could improve the status of these threatened corals. Both Caribbean and Pacific species were listed, most of which live within U.S. waters. Some of the most immediate threats to reefs come from overfishing and nutrient pollution – factors that we can control through better fisheries management and effluent controls. For example, nutrients and microorganisms from untreated sewage commonly find their way onto coral reefs. As a result, human gut bacteria and viruses from raw sewage can be found on the surface of corals, and these microbes can even cause coral disease. Our federal and state agencies should use the ESA listing decision to encourage or enact measures, such as improved sewage treatment and effluent reductions, that would improve the health of these threatened species. Such measures may even buy time for us to address the larger problems of climate warming and ocean acidification.

For the original article and more information, please click HERE.