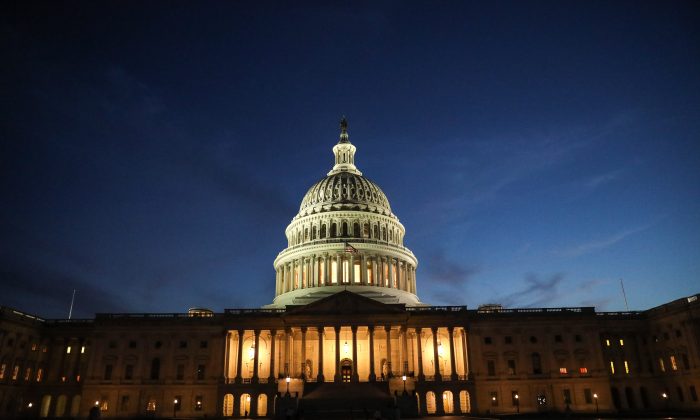 An Unprecedented Assault by Congress on the Executive Branch

It has been less than a year since the midterm elections and the ascension of the Democratic Party to a majority position in the House of Representatives.

Yet the decline in the level of discourse, both intellectually and with respect to integrity, has been so extensive as to strain credulity.

In a few short months, Congress has taken on the appearance of a parody of a democratic representative institution. On every front, with regard to any and all issues, form has replaced substance and hysteria has replaced reason.

The perpetrators aren’t merely the neophytes, such as the cacophonous radicals constituting “The Squad.” Veteran Rep. Jerry Nadler (D-N.Y.) is sufficiently emboldened by the new anything-goes atmosphere to state publicly, in his capacity as chairman of the House Judiciary Committee, that President Donald Trump has “engaged in ‘crimes, lies, and other wrongdoing’ while in office.”

Is Nadler now a judge and jury?

It becomes more and more clear that Nadler is handicapped by having spent his entire career as a congressman; it’s no small irony that the chairman of the powerful Judiciary Committee has no professional experience with the judiciary at any level.

Having served as a New York state assemblyman from 1977 until his election to the House in 1992, Nadler has essentially never held a “real” job that would provide the experience and perspective to allow him to truly understand the lives lived by his constituents.

Glibly sentencing the president for crimes for which he has been convicted in the court of congressional (and media) pseudo-jurisprudence has been House Speaker Nancy Pelosi (D-Calif.), who “told senior Democrats that she’d like to see President Donald Trump ‘in prison,’” as reported by Politico’s Heather Caygle on June 5.

Pelosi wants to see the president in jail for the crimes of …?

As with Nadler, House Intelligence Committee Chairman Adam Schiff (D-Calif.) and a multitude of Democratic Party Congress members are all ready to throw the chief of state into a penitentiary—no need for due process when the guilt is so obvious.

They are all now judge and jury. Power has drained them of impulse control, of the ability to restrain their oral output, and at least pretend to limit themselves to constitutionally defined powers.

Nadler has repeatedly demanded that Attorney General William Barr break the law by releasing the report of former special counsel Robert Mueller report in its entirety, issuing subpoenas ordering Barr to provide the committee with the unredacted report.

The report contains secret grand jury testimony, known as Rule 6E materials, which are barred from public disclosure without a formal authorization by a federal judge. Nadler’s committee took the additional step of voting to hold the attorney general in contempt—for not breaking federal criminal law.

Are they ignorant of the laws, or, as is more likely, are they simply grandstanding, looking for headlines and seeking to shift public opinion in order to discredit officials of the current administration, trying to have them judged in the court of public opinion in the absence of sufficient evidence to try them in any other court?

When Barr announced he would comply with House Judiciary Committee subpoenas for oral testimony, but only if questioned by members of Congress, and that he wouldn’t allow himself to be cross-examined by their staff attorneys, the reaction was a cacophonous one.

And for Barr’s setting this condition, the Democrats and the media angrily announced that Barr was creating a constitutional crisis. When Mueller conducted a press conference of less than 10 minutes on May 29, took no questions, and initially stated that he wouldn’t testify before Congress, there were no cries of outrage.

No constitutional crisis here, when the former special counsel refuses to testify before Congress. But not content to leave well enough alone, both Nadler’s Judiciary and Schiff’s Intelligence committees pressured a reluctant Mueller, persuading him to testify under subpoena in an open hearing on July 24.

Despite repeated attempts to fit a square peg into a round hole—cherry-picking details of the special counsel report in a vain attempt to establish obstruction of justice charges—the day’s testimony proved anticlimactic.

Pundits accuse Barr of being Trump’s lapdog, of carrying out the president’s bidding in order for Barr to retain his job. Really? In all likelihood, Barr couldn’t care less about the prestige—he has previously held the position of attorney general, he’s reportedly wealthy, and could presumably be leading a nice, quiet life with his family.

What he may very well care about now is having been offered the opportunity to play a historic role in repairing a nation that has undergone the biggest threat to itself since the Civil War. That threat emanates from the concerted assault on the executive branch of government by hostile members of the Congress. Those destructive efforts, which started before Trump was elected, were supported by a compromised Justice Department under Loretta Lynch and a compromised FBI under James Comey and Andrew McCabe, as well as domestic and international intelligence services.

When the accusations point close to home, the tone changes. Accusations of malfeasance by Hillary Clinton, whether in her capacity as secretary of state or candidate for the White House, are minimized and shrugged off, characterized as bordering on conspiracy theory.