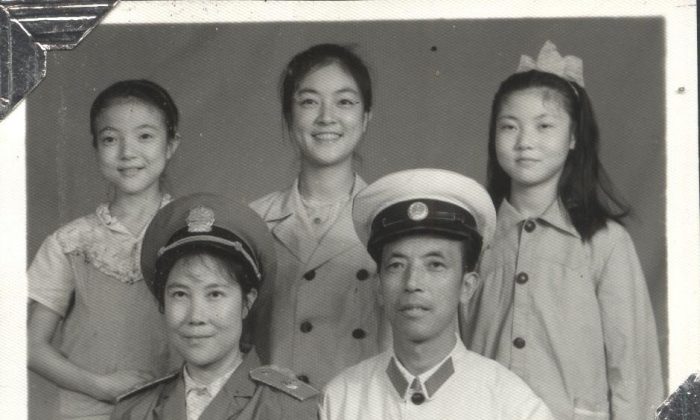 I once hated my mother when I was a child.

No matter how well I behaved, and how many awards I won in school, she seemed never to care about my accomplishments or to appreciate me. Sometimes I even wondered: Would she feel upset if I died?

When it was finally the time for me to leave home for university, I felt very happy. I had chosen a school thousands of miles away.

I fell in love at the university. When my relationship with my boyfriend developed further, it seemed that there was nothing that I could hide from him. He was very surprised when he found out my “extreme” mindset towards my mother, while I felt very upset that he wouldn’t side with me.

However, the broad-mindedness of my boyfriend gradually melted the resentment in my heart, as he always tried to convince me that there were no parents in the world who didn’t love their children.

Later on, we married and had a lovely daughter of our own. I started to remember much of my mother’s chatter, which had been annoying to me when I was a child, such as: “One will never understand her parents’ sacrifices until she becomes a parent herself,”  or “No matter how far away a child travels, she is always on her mother’s mind,” and so on.

Once my daughter suffered from pneumonia and high fever, and I felt as though a huge stone was pressed down right on my heart. I almost couldn’t breathe. I rushed her to the hospital in the middle of night.

Then I suddenly remembered a story that my mother had told me before. My mother had to work in a remote mountain area, where medical conditions were extremely poor. When I was one-year-old, one day I suddenly had measles and a very high fever. My mother was really scared. She held me in her arms and walked over dozens of miles of mountain trails in the darkness until she arrived in the city before dawn to seek treatment.

With the growth of my daughter, the meaning behind the sentence, “One will never understand her parents’ sacrifices until she becomes a parent herself” became clearer and more tangible for me. One day I suddenly realized that the reason my mother had been very stern and strict with me was that she didn’t want me to feel too good about myself and become too arrogant, as I had been receiving too many compliments from everywhere.

Regretfully, when I realized this, I was already living thousands of miles away from my mother and had very little chance to give delight to my parents.

However, it was not until I was released from the Beijing Female Labor Camp after having been detained for one year for practicing Falun Gong did I really understand how great motherly love could be.

When I secretly went back to my hometown to visit my parents shortly after I was released, I learned that when I was imprisoned, my sister had also been fired and detained for practicing Falun Gong. Then she was driven into hiding as she was on the national wanted list.

I couldn’t imagine how huge a blow this must have been to my mother, who had always felt so proud of her three daughters. In the special environment in China, where everybody was brainwashed by the Communist regime, and where family members of Falun Gong practitioners could also be persecuted, many people had chosen to side with the powerful and give pressure to their family members who practiced Falun Gong.

Until that time, no one knew how great my mother was. She didn’t complain; she didn’t blame any of us; nor did she even show to anyone her fear or alarm.

When my sister, who was hiding and working in a small bar in another city almost 100 miles away, contacted my mother, she immediately took a long distant bus to go to that city to visit my sister. After finding out that my sister didn’t have a room of her own, had to sleep on the floor in the bar after all the customers left in the middle night, and didn’t even have any place to store any changes of clothes, my mother decided to act as a regular “transporter” for my sister. My mother would travel every several days between two cities by bus bringing clean clothes to my sister, and bringing back the dirty ones to wash for her.

In order not to have the informers living just downstairs discover her whereabouts, my mother always managed to finish her trip in the same day, and bring as little luggage as possible so that nobody would guess that she would travel to another city. She had to travel back and forth for about 190 miles in the same day.

Apart from taking the long-distance bus, she also had to transfer local buses several times in both cities. Most importantly, she had to be very careful not to be discovered or followed by the police. Otherwise my sister could be exposed to immediate danger. Who would imagine that a retired old woman in her sixties could act so swiftly and smartly and outwit the professional spies and informers?

When I went back home after being released from the labor camp, my mother and sister had been “living” in this kind of condition for months.

I decided to help my sister to find a safer and better place to hide. However, when everything was done and arranged, and when I boarded the train as planned to meet my sister, she was not there.

Not knowing what to do, I had to get off the train at the next station some 37 miles away and then took a taxi back to my parents’ home. Not knowing what had happened to my sister, how could I just leave?

It was already early morning when I arrived. As soon as I entered, I saw a lot of luggage scattered on the floor; and my messy-haired mother was trying to sort things out.

Upon seeing me returning, she said with a blank face, “Your sister was arrested yesterday. These are all from her luggage which your brother-in-law just took back from the detention center; and here is the receipt of the items confiscated by the police.”

My father suddenly pushed me out of the door, and shouted, “Go! Go away! Don’t stand here and wait until the police find out who was going to travel with your sister!”

I stood there, dumbfounded. I looked at my mother’s face; and suddenly found that she looked so much older after just one year’s separation. Much of her hair had turned grey. And her eyes were hollow and very dry, as if, after having seen too much ugliness in her life, nothing could ever make her cry again.

I clenched my teeth and then turned around and quickly walked away. Not being safe myself, I was unable to help my sister anymore. However, I knew that mother would continue to help her. Mother would go to the detention center to visit her, and bring her basic necessities she would need there.

Later on I managed to escape China and lived overseas. For more than a decade, I have never been able to go back, as the persecution has still been going on. My mother flew alone across the ocean twice to visit me.

When my friends asked her to stay with me and not go back again, she always gently shook her head, and I knew why. My father was too old and his health didn’t allow him to travel by plane to visit me. How could mother stay and leave my father alone in China?

The last time when I sent off my mother at the airport, when we had to say farewell to each other in front of customs, I saw that the eyes of my mother, my always very tough mother, suddenly turned red. She abruptly turned around and quickly walked away, so that I would not see her tears falling.

Although living in a peaceful era, she still had to suffer again and again, bitter, unnecessary and groundless separations that felt like death. Yet she never complained. And she always tried her best to open her arms, arms that were turning older and stiffer, to embrace and offer protection to all her loved ones.

It will soon be Mother’s Day again. I wrote this article with my face bathed in tears. I wanted to dedicate it to mother; yet I hesitated, as I didn’t want her to know that I once had that kind of extreme mindset towards her when I was a child.

Mother is getting older now, and I don’t want to upset her.