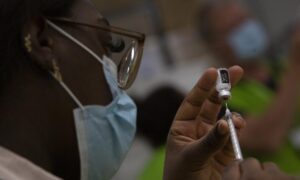 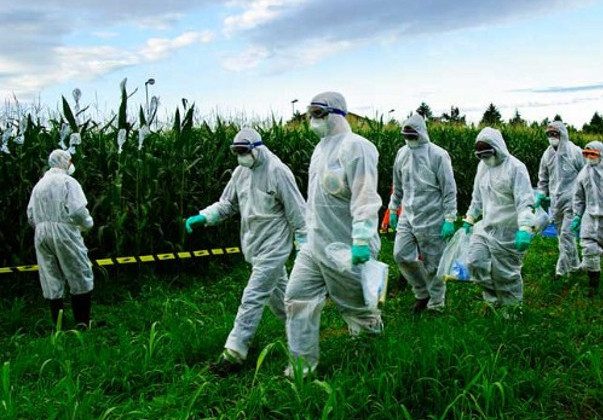 Greenpeace activists cut off the blossoms of Mon810 corn planted by Giorgio Fidenato in Vivaro, Italy, before they can contaminate nongenetically modified crops on July 30, 2010. Fidenato again planted Mon810 in June 2013, prompting the Italian government to act quickly to stop the cultivation of Mon810. (Greenpeace)
Europe

An Emergency Measure Against Monsanto Corn in Italy

BARI, Italy—An acre of farmland in northeastern Italy is at the center of a national debate.

Fidenato took advantage of the European Union’s decision in September 2012 to deny Italy the right to stop cultivation of Mon810. It was the only GMO permitted in the country, but Italy required cultivators to have a government-issued permit for its growth.

In 2010, Fidenato had engaged in an act of civil disobedience and planted Mon810 without a permit. His applications had been repeatedly rejected. Greenpeace activists pulled up the plants before they could contaminate surrounding fields. Fidenato was fined 25,000 euro ($32,500) for the illegal cultivation. Greenpeace activists were fined 86,250 euro ($112,350) for trespassing on agricultural land.

He planted his field in the Friuli Venezia Giulia region with even more gusto this June, having the backing of the EU decision. On July 12, however, Italy took a hardline stance against Mon810.

The Italian government successfully signed a decree forbidding the cultivation of Mon810 in Italy for 18 months, during which time more permanent measures may be put in place. Italy will have to gain approval from the EU for a permanent ban, as Mon810 is sanctioned under EU law.

The decree makes special reference to the Friuli Venezia Giulia Mon810, stating that special attention must be focused there to prevent contamination of non-GM crops.

Italian Minister of Agriculture Nunzia De Girolamo said in a statement: “Our agriculture is based on biodiversity, on quality, and we must continue to aim for these without ventures that, even from the economic point of view, wouldn’t make us competitive.”

Much of Europe requires GM food be labeled as such, and the general consensus is that the market is meager for such products.

“Today’s decree is only the first element, the most urgent of a number of additional initiatives with which we will define a new framework in the field of cultivation of GMOs in our country,” the minister said.

A new study on Mon810 was also released July 12, suggesting negative impacts on biodiversity. The study has yet to be reviewed by the European Food Safety Authority (EFSA).

While the focus is on Fidenato’s field of Mon810, Fidenato wonders how many other GM crops are being grown in Italy under the radar.