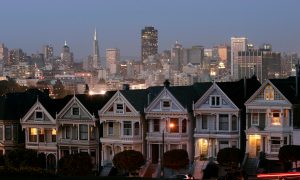 US Household Wealth at All-Time High
0 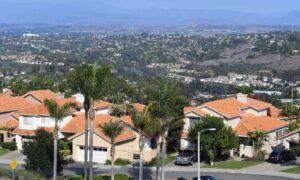 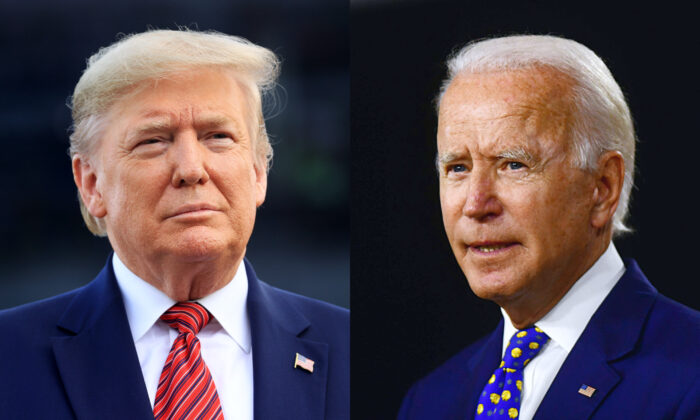 An Economist’s Guide to the Sept. 29 Presidential Debate

The debate will start at 9 p.m. Eastern time (6 p.m. Pacific Time) and last for 90 minutes, according to the nonpartisan Commission on Presidential Debates. There will be six topics, with each segment set to last 15 minutes. According to the commission’s website:

“Subject to possible changes because of news developments, the topics for the September 29 debate are as follows, not necessarily to be brought up in this order:

By far, the most important thing to consider, from the perspective of trying to predict responses from the financial markets, is how the debate may affect the electorate.
Predictions show that Biden appears poised to get 279 electoral votes from states, not including those listed as “barely Democratic,” while Trump currently stands at 120 electoral votes, not including those listed as “barely Republican,” according to Electoral-Vote.com, which tracks state-by-state polling data and shows what that data might mean for votes in the Electoral College.

It takes 270 electoral votes to win the White House.

If Trump is seen to have done well enough to sway voters in “barely Democratic” states plus the two “exactly tied” states (Iowa and Texas) and any of the three Rust Belt states that voted for him in 2016 (Wisconsin, Michigan, Pennsylvania), then his chances of winning will be seen to go up.

Markets like continuity—equity markets generally go up the year after an incumbent president wins reelection and the U.S. stock market, before COVID-19, particularly liked the current administration’s rollback of regulations.

This time, markets likely will be assessing a higher probability of a new coronavirus relief package under a Biden presidency versus a likely much lighter tax and regulatory regime under Trump.

So the most important thing the markets will be assessing is the increased chances of winning for either of the major party candidates.

Within the details of the debate, any new revelations regarding policy will matter. On matters of geopolitics, there might be discussion about China, Iran, the UK, or Europe. These might all reflect a candidate’s industrial policy (favoring U.S. businesses over others) and trade policy as well. Any such revelations might have tremendous importance for any particular industry affected directly by that industrial or trade policy.

Agriculture investors might especially be listening regarding geopolitics and trade. With severe flooding taking place in China and with Iowa polls showing the candidates in a virtual tie, agriculture might take on special political significance this year. Investors will want to pay attention.

There may also be discussion of energy policy—cheap energy is good for manufacturing, while expensive energy will generally drive up the costs of manufacturing. Of course, the outlook for energy-related companies and the regions where their activity takes place might also be affected. Places where extracting carbon-based energy is especially important include Louisiana, North Dakota, Oklahoma, Pennsylvania and Texas, while the manufacturing base is especially important in Wisconsin, Michigan, Ohio, and Pennsylvania.

While the role of the economist is not to predict the news, in cases such as a presidential debate, it’s good to help investors be prepared.

There are only a finite number of likely outcomes: Biden does really well, Biden does slightly better, neither candidate dominates, Trump does slightly better, or Trump does really well. It’s good to think ahead of time how the markets are likely to respond to each of these scenarios. But like a good blackjack player who moves his bets up and down based on probabilities, investors are cautioned to keep in mind they are dealing only with probabilities and to keep invested for the long run.

The role of the economist is to help investors develop their own understanding of how probabilities might change based on possible outcomes of the expected event, in this case, the first presidential debate.