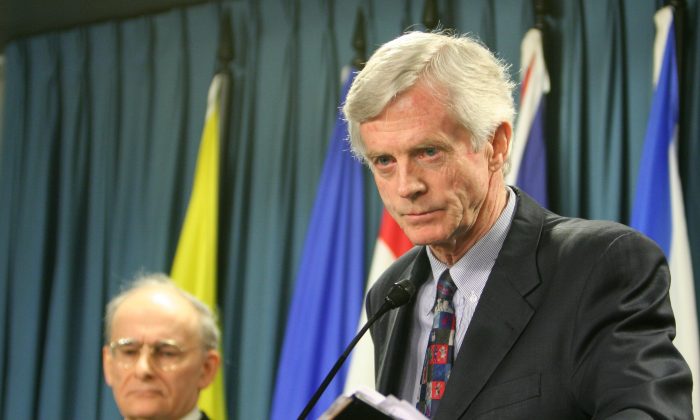 An Atrocity Is Revealed in China

In early 2006 The Epoch Times received a tip about a hospital in China’s northeastern Liaoning Province where Falun Gong practitioners were being killed for their organs. Each organ was fetching tens of thousands of U.S. dollars, sources said at the time. Thousands were being harvested, typically while the victim was still alive.

The allegations were shocking and discomfiting, so much so that some in government, the media, and among the public found them too incredible to believe. Over the last six years further evidence has accumulated through the dedicated work of researchers and advocates that by 2012 has proven impossible to ignore.

In most countries organ donation is voluntary, and the waiting time for a kidney is a matter of years. In 2006, Chinese hospitals were advertising waiting times of one week. And the transplants were scheduled.

An exponential rise in the number of transplantations began occurring in China in 2000, a year after the beginning of the biggest persecution in modern Chinese history: the campaign against the Falun Gong spiritual practice.

After Jiang Zemin began the campaign in 1999, the propaganda apparatus and security forces were set loose on adherents: they slandered Falun Gong in the media, and secret police locked practitioners into labor camps where they subjected them to torture and brainwashing.

Within a year the security forces and the military-medical complex, which work together, had discovered that money could be made from “pillaging” the organs of Falun Gong prisoners. The phrase was coined by David Kilgour, a Canadian former secretary of state for the Asia-Pacific, who co-authored the seminal report on the topic in 2006.

Inside the communist system, by 2006 the horror of what was being systematically perpetrated had been to some degree lost. Hospital staff receiving telephone calls inquiring about organ donation—and specifically, about organs from Falun Gong practitioners—responded in the affirmative, as if to reassure the impostor caller.

At the same time, they revealed that the donors were alive, waiting to be grabbed and harvested. Director Song of the Oriental Organ Transplant Center, in Tianjin City, on March 15, 2006, was asked whether that was the case.

“Of course,” he said. “We have all those who breathe and with heart beat. … Up until now, for this year, we have more than 10 kidneys, more than 10 such kidneys.”

The impostor asked again: “More than 10 of this kind of kidneys? You mean live bodies?”

According to researchers and an account by a former guard in a military hospital, the victims are injected with a general anesthetic, and sometimes only a small amount. This effectively paralyzes them. They are then cut open and, sometimes while the heart is still beating, organs are removed. The bodies may be incinerated or otherwise disposed of afterward.