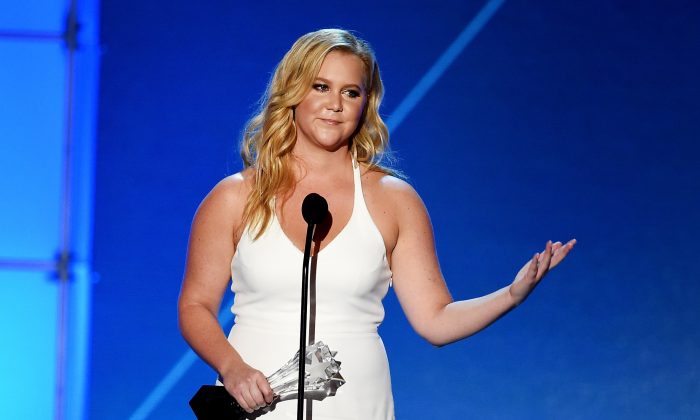 Amy Schumer fans who want a picture with the star will have to wait.

After the “Train Wreck” actress was pestered by an over-zealous fan in South Carolina, Schumer has said that she won’t be taking any pictures with fans in the future.

“This guy in front of his family just ran up next to me scared the s–t out of me. Put a camera in my face. I asked him to stop and he said, ‘No, it’s America and we paid for you’ this was in front of his daughter,” Schumer wrote on Instagram.

The incident occurred in Greenville, where Schumer had a stand-up performance.

“I was saying stop and no. Great message to your kid. Yes legally you are allowed to take a picture of me. But I was asking you to stop and saying no. I will not take picture with people anymore and it’s because of this dude in Greenville,” Schumer wrote.

The man who had allegedly asked Schumer for a picture disputed her account of the incident, stating that a few of Schumer’s fans had started yelling and that he took out his phone to record it, but stopped when Schumer asked him to.

“She was just so rude,” the man told Fox Carolina. “She cussed me out in front of my family.”

The man said that Schumer had brought his daughter into the conversation, and then walked away before turning around and stating that she was going to snap his picture and share it with her four million Instagram followers.