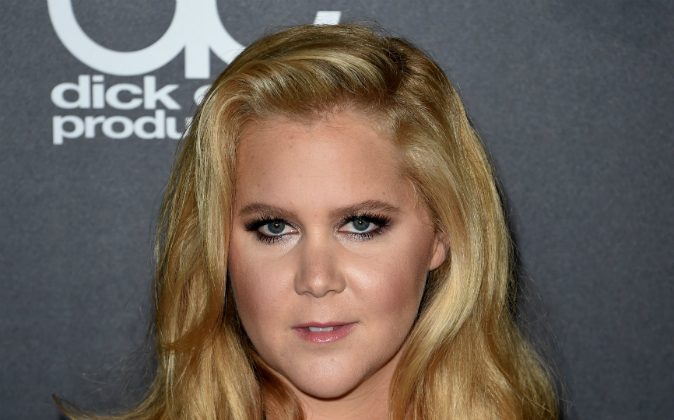 Amy Schumer is giving fans a firsthand look at her battle with food poisoning.

The comedian posted a picture on Instagram of herself in bed alongside boyfriend Ben Hanisch Monday with a caption , “Thanks for everything Paris! Except the food poisoning.”

That image was followed by a video and pictures of her smiling while in a hospital bed.

She also posted a photo of her “trying to eat chicken broth” while sitting by a window with a view of the Eiffel Tower.

Amy Schumer was hospitalized in Paris—but she was able to find some humor in the situation: https://t.co/360REZGqlI pic.twitter.com/HyDMnnRD0p