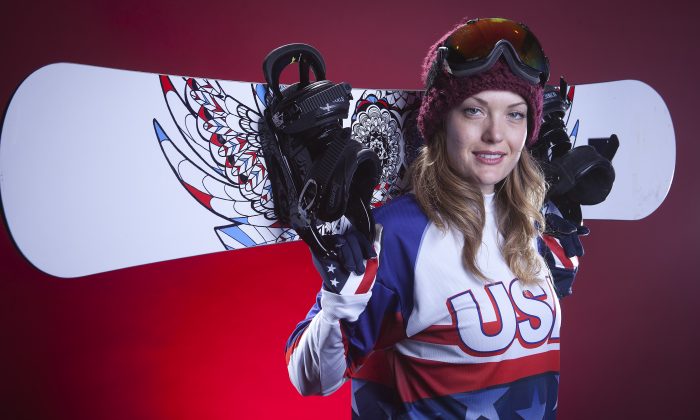 Amy Purdy: Amputee Snowboarder to Compete on ‘Dancing With the Stars’ Season 18 (+Photos)

Amy Purdy is one of five athletes competing on “Dancing With the Stars” season 18, but she’s the only one without the legs she was born with.

She lost them after she got bacterial meningitis at age 19, but got replacements soon after.

A snowboarding fanatic, she was riding again just seven months after her illness and competing again just two years after she lost her legs.

Her intense competitive spirit prompted her to craft her own prosthetic legs after she couldn’t find any that would work for snowboarding.

In 2005 she co-founded Adaptive Action Sports, a non-profit organization and branch of Disabled Sports USA that is dedicated to introducing people with physical challenges to action sports–and she was instrumental in getting adaptive snowboarding into the 2014 Paralympic Games.

It’s not Purdy’s first go-around on reality television. She was on season 21 of “The Amazing Race,” although her team was the second to be eliminated.

Purdy is pumped about being on “DWTS.”

“I’m excited about the dancing,” she told ABC. Purdy is the first paralympian in the show’s long history.

“Dancing With the Stars” season 18 will start on March 17.